In case you missed it, indie developer Ammil has released a charming 3D spatial puzzle adventure game titled Relumine, in which you play as a little girl trying to look for her father in the great unknown. As Relu, you’ll dive into a wondrous world of magic and mystery as you explore an ancient civilization through puzzles and logic challenges. 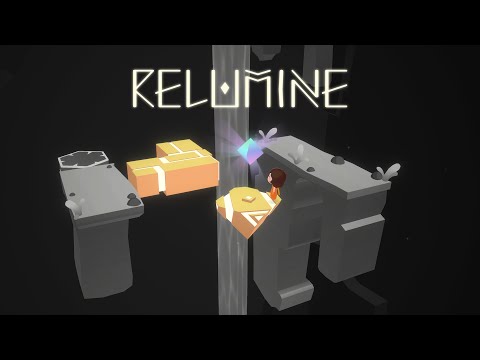 Relumine takes players through a quiet but meaningful journey with a heartwarming narrative. You’ll travel through abandoned mines and meet curious characters along the way, all while being led by a spirit guide illuminating your path. The minimalist approach to the game adds to the element of childlike wonder, and the beautiful musical score in the background keeps things pretty low-key even when a giant shadow seems to be after you - no time limits and no pressure-inducing battles included.

Embark on a quest to look for your long-lost Papa with Relumine, available to download now on the App Store and on Google Play for a mere $1.99. You can also check out the game’s official website to know more about the game.

What's A Preferred Partner Feature?
From time to time Steel Media offers companies and organisations the opportunity to partner with us on specially commissioned articles on subjects we think are of interest to our readers. For more information about how we work with commercial partners, please read our Sponsorship Editorial Independence Policy.
If you're interested in becoming a Preferred Partner please click here.
Next Up :
Harry Potter: Puzzles & Spells welcomes the Yule Ball with special rewards and an unlockable Epic Yeti

Call of Duty Mobile is wrapping up 2022 with Season 11: Ultimate Frontier launching next week