Hand-drawn strategy-RPG Regalia - Of Sons and Monarchs will be coming to PS Vita.

This is due to the PS Vita stretch goal of $60,000 having been surpassed in the last couple of days of its Kickstarter campaign.

With that secured, developer Pixelated Milk is now offering a PS Vita version of the game to anyone who pledges $25 to the game's Kickstarter, now in its final day.

Alternatively, you can get the PS4 version instead of the PS Vita version. Either way, you should still get a PC copy of the game as well.

As we've covered before, Regalia gives you two in-game years to restore the kingdom of your family. Your progress is checked every three months and if it's not up to snuff then you fail. 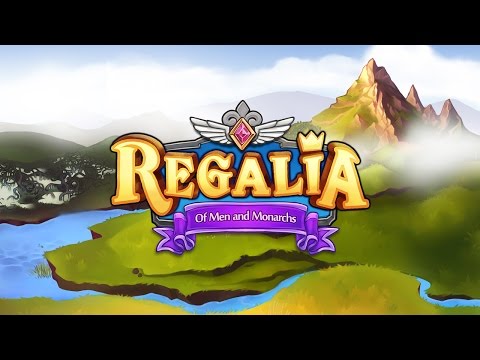 To do this, you need to fight through grid-based dungeons in turn-based battles to collect treasure and items. This contributes towards restoring cities.

You also need to get involved in the politics of the land by joining a faction and performing deeds for them, rising up the ranks.

Regalia - Of Men and Monarchs should be out for PS Vita in early 2017. Find out more about it on its Kickstarter page.
Next Up :
MLB Perfect Inning 2022 adds in-game content to coincide with MLB rule changes for 2022

Kickstart this: Regalia is an homage to classic JRPGs that may get a PS Vita version