Nintendo's getting a little nuttier

Rising Star Games is bringing its puzzle adventure Red’s Kingdom to Nintendo Switch at the end of this month. You’ll be able to play the game with either the Joy-Con controllers or touch screen controls, but other than that, it’s the same forest-friendly adventure game you know and love. 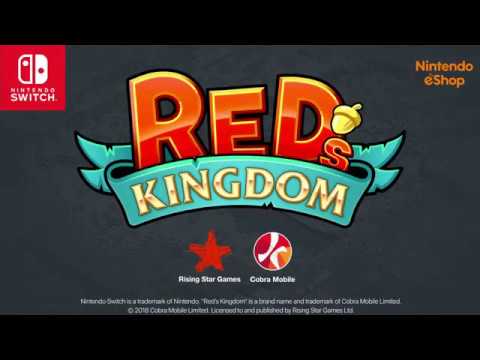 Subscribe to Pocket Gamer on
If you’re not familiar, Red’s Kingdom tells the tale of Red the squirrel, who embarks on an adventure to save his father and recover his golden nut from Mad King Mac. You’ll explore a woodland world full of increasingly difficult environmental puzzles. Lift levers, move ramps, and perform other pathfinding tasks that will really make you work the old noggin.

The whole thing is quite charming. In fact, we gave Red’s Kingdom a Silver Award when the game launched on iOS back in 2017. Red’s Kingdom will be available on the Nintendo Switch eShop starting August 16.