It took all of about 5 minutes for last gen's Red Faction: Guerrilla to be branded a cult classic. I'm certain I remember seeing the term being thrown around before the game had even launched. In retrospect, I suppose that was hardly surprising considering that, even almost a decade later, Volition's tale of a rebellion on the planet Mars is a gleeful, unabashedly straightforward experience.

It knows precisely what its strengths are, and it leans into them hard. The result is a game where everything comes secondary to its creative, politically-driven destruction. I honestly struggle to recall a single mission that doesn't encourage or outright demand some form of inventive demolition from the player, with countless opportunities to formulate dastardly traps.

You can, for example, lie in wait for your unsuspecting victims to appear, then remote-detonate a smokestack's supports to bring the whole thing toppling down on their heads. And while the physics-based destruction model isn't quite accurate enough to allow for hugely elaborate schemes, even the simplest of plans, when executed successfully, can prove exhilarating.

It's clear early on that the standard pistol and assault rifle are largely ineffective in most situations, and flat-out dull to boot, so it's hard not to be drawn toward the game's more explosive weaponry. Some of the death-dealing paraphernalia on offer includes a thermobaric rocket launcher, remote charges, and a nano rifle that allows you to disintegrate solid matter in seconds.

Then there's the sledgehammer, which has long since earned its place on the pantheon of great video game weapons. Hammer in hand, Alec Mason disassembles the totalitarian EDF's property with giddy delight, each of his giant swings triggering an eruption of debris. 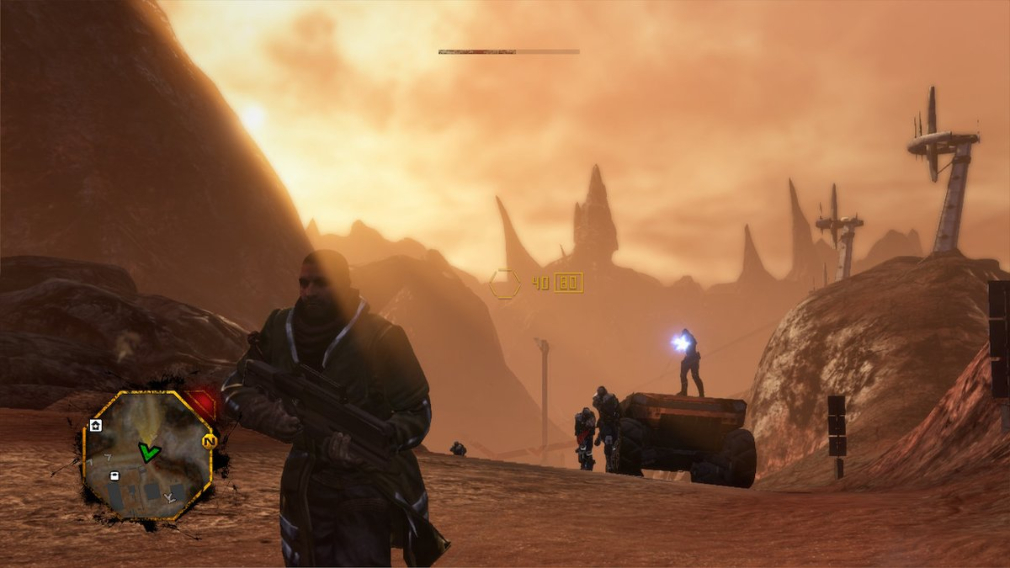 The first few hours might be the most successful in how they depict the efforts of an uprising consisting mostly of grizzled miners. Early on, in a fairly desperate move, the Red Faction make use of a reinforced van to smash through a series of relay towers. Naturally, this causes a sizable reaction from the nearby EDF, and soon you're being haphazardly chased by dozens of armoured vehicles. What would be a bog-standard mission in any other game is elevated by the sheer carnage on display, as you punch through the concrete scenery with reckless abandon.

Despite the odd bug here and there, the tech powering it all is still beyond impressive, and only Guerrilla's sequel, the stripped-back Armageddon, could claim to offer equally satisfying destruction on console. Though unlike the stop-start nature of that game, or the later Just Cause entries for that matter, Guerrilla delivers escalating mayhem as an art.

On the lowest of the three available difficulty modes, you can pretty much cast all concern for self-preservation out the window. One of the few things stopping your rush, and Lord knows it's not the enemy AI, is the odd Mars hill – an issue that the eventual addition of a jetpack remedies entirely.

As was the case in 2009, it does tend to fall apart when you're not blowing things to bits, which admittedly is a rare occurrence. Sometimes you'll have to wait for the EDF alert status to return to green before you can start a mission. This is both tedious and out of place in a game that otherwise excels at forcing you forever onward to your next goal.

The overly basic nature of its mission structure and lack of variety in its objectives still hurts. Though with a rote plot, empty characters, and bland environments, repetition sadly isn't its only issue. Even the sector named "Oasis" is laughably murky. I get it: it's Mars; but surely something could have been done to make it a little less ugly. 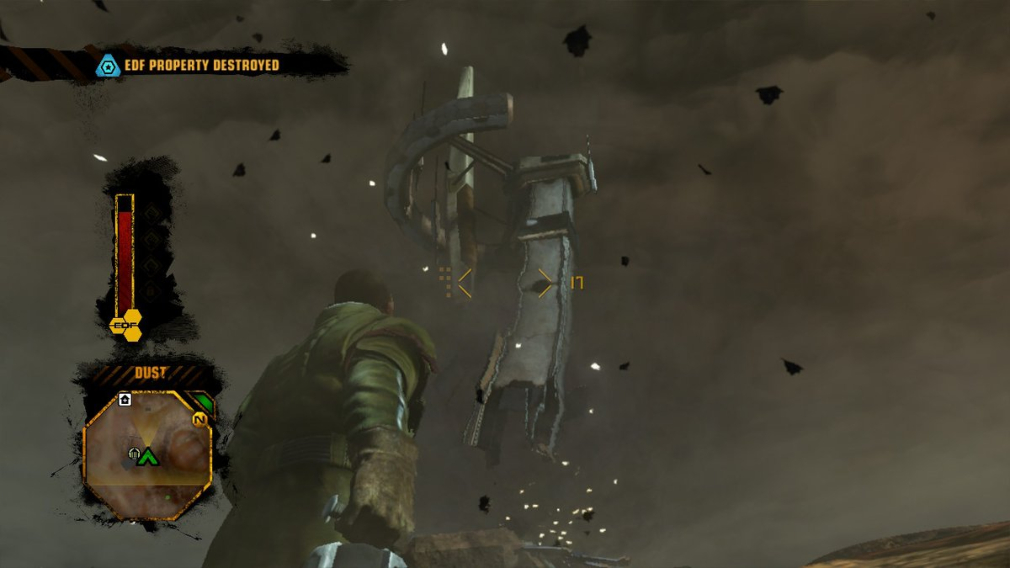 In terms of the remaster, you'd be hard-pressed to notice any sizable upgrades. While the official line is that this new version boasts "fully reworked textures" and "improved lighting", it's best to go in expecting, what is in effect, a straight port. The Switch version is totally solid, with little obvious stuttering or graphical concerns – no issues on that end; but I would have liked to have seen the inclusion of Armageddon's best weapons, or maybe even the multiplayer-only reconstructor.

So Re-Mars-tered is ultimately just another excuse to play through one of the classics of the open-world genre. In many ways, Guerrilla feels old: its world falls flat, its visuals are oppressively ugly, and it's just a touch too basic. But then again, its simplistic nature and intense, successful focus on freedom of gameplay is refreshing in the face of today's vapid, content-packed open worlds. It utterly soars in the moments when you're let loose to experiment and do as you please. Provided that what you want to do is blow things up.

Despite the Switch version being an unimaginative port, Volition's tale of a rebellion on the planet Mars still serves up delightful destruction
Next Up :
Warhammer 40,000: Tacticus review - "An approachable strategy to a grimdark future"