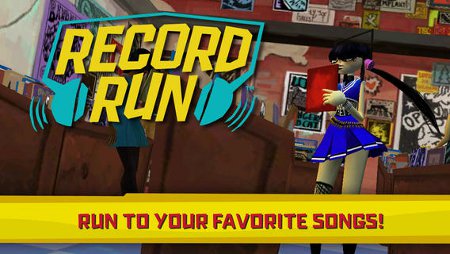 Harmonix's beat-based auto-runner Record Run has shifted out of soft launch mode and is now available all over the known App Store-covered world.

The game sees you sprinting down an obstacle strewn pavement, dodging cones and pianos to the rhythm of the songs stored on your iPad or iPhone.

You need to leap or slide over obstacles at just the right time to get the most points, and keeping a combo going transforms the world into a vaguely nightmarish bright-blue disco.

We were pretty impressed with what we saw in the version of the game that hit some App Store areas last month, and the slidey swipey running controls fit well with the rhythm-action timing Harmonix is famous for.

Record Run is out right now on the App Store and it won't set you back a penny to give it a go. We reckon that's a risk worth taking.