Reality Clash, a fast-paced AR shooter, has just launched into beta, and now's your chance to try it out on iOS or Android before its full release next year.

In an interesting promotional move, the game's publisher has teamed up with Kingston and Westminster Universities to test the game out as part of a 'unique co-operative initiative'. 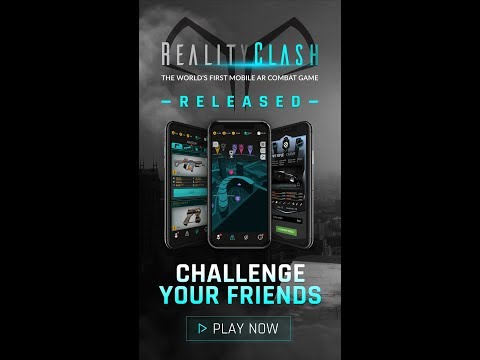 It's just wonderful that you uni students can now perturb/annoy/infuriate the locals by ducking behind nearby flower beds, before forward rolling your way towards the safety of a bus shelter.

Reality Clash also serves up some tasty blockchain and geo-location technology. You may be thinking "what the heck does blockchain have to do with any of this" – well, that's because the game is set in an underground world of cryptocurrency and hackers, of course.

Reality Clash is set for a full release in early-2019. But if you just can't wait until then, you could perhaps try your luck with the beta. Follow this here link to sign up for that.

If you do decide to hop on early, the dev team is looking for some helpful feedback. There's an in-game weapon with your name on it (literally) just waiting for you, but only if you decide to help out before launch.

Next Up :
Octopath Traveler: Champions Of The Continent adds new playable characters in Bravely Default crossover