In the upcoming racer Real Racing 3, Firemonkeys will debut a new form of asynchronous multiplayer, which lets you go head-to-head with your friends online, even when they're not actually behind the wheel.

With this unique spin on asynchronous multiplayer, you race against the 'ghosts' of your Facebook and Game Center friends.

Rather than drift around the track as transparent apparitions, though, these ghosts will appear on the Real Racing 3 track as solid, fully interactive opponents. 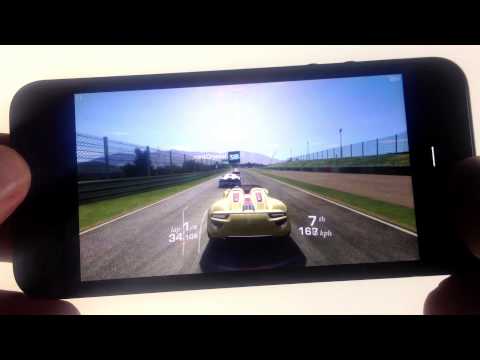 To create the illusion that you are going bumper-to-bumper with your buddies in real time, Real Racing 3's AI will assume control of the ghosts.

The challenge of Time Shifted Multiplayer, according to programmer Ptolemy Oberin, is trying to get the AI to behave like an actual player, thereby creating a digital doppelgänger of the real person.

What's more, Real Racing 3 players will be able to scuffle with their friends' AI counterparts on the tarmac, and affect their lap times.

"By colliding with my double or even just forcing me off the racing line," Real Racing 3 executive producer Rob Murray explains, "they can actually impact my race time."

Real Racing 3 is due to skid onto the App Store before the end of this month.

CVG
Next Up :
Netflix reveals plans to build its own gaming studio in Helsinki, Finland