Rayman Classic drops to its lowest price yet

Some things are more magical in your memories...

There's a grand selection of names you'll never forget, and Rayman is one of them. Excitingly Rayman Classic has dropped in price and now sits at 79p/99c on the App Store – its lowest price ever. 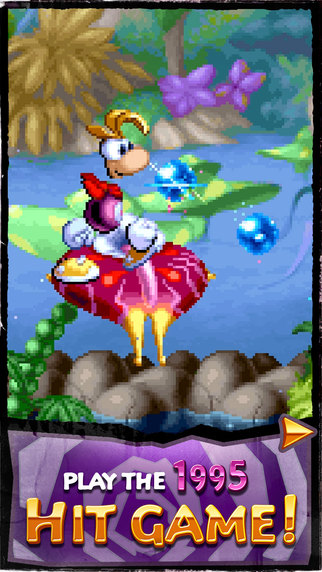 Unlike a lot of mobile adaptions from well-known names, Rayman Classic literally does as it says on the package. It's an iOS port of the very first Rayman game to celebrate its 20th anniversary. Feel old yet? There have been other iOS games released such as Rayman Jungle Run/Fiesta Run, and Rayman Adventures but this brings back that classic game in all its frustrating glory.

As spoken about on our review of the game here, there are still plenty of things that haven't carried over properly between platforms. Despite this it's still a fun little game.

If you're a fan of the series however knock yourself out and grab Rayman Classic on iTunes here for 79p/99c.

Rayman Classic - As the name suggests

A classic is back: The original Rayman is now out on mobile