Japanese vertical scroller Gunlock (known as RayForce in its home country) is heading to the iPhone, courtesy of veteran Nippon-based developer Taito.

The game, which could originally be found in the darkest dankest corners of some 1990s arcades, will be hitting the App Store in Japan in January, with a European release planned for the future.

The controls have been entirely re-jiggered for touchscreen, with a solitary finger all that's needed for the high-paced, bullet-dodging, DoDonPachi-reminiscent action.

Gunlock will feature the original arcade mode for those with a penchant for punishment, with an additional iPhone mode, which includes automated fire, making it slightly less of an ordeal.

Check out the video below, courtesy of our Japanese friends at GameCast to get more of an idea of what to expect. 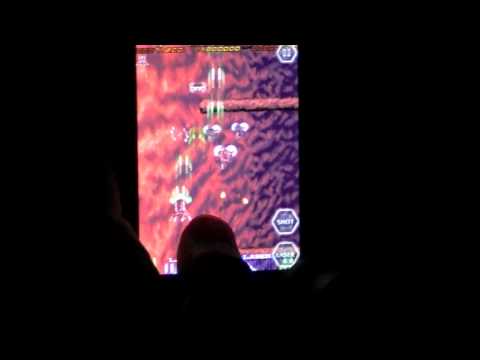