Randonautica is an 'adventure' game that uses GPS technology to give you your own adventure. The premise of the game is that you go to a location, then select a radius and astral project what you want to find. You are then given a location type - we went for anomalies - and you need to make your way towards it. I downloaded the app and figured that a grey, foggy day in England would be a perfect time for a spooky adventure full of mystery.

Randonautica allows you to have ten adventures a day, costing three Owl Tokens per adventure, which resets to thirty again when the sun sets over the Pyramid of Giza - just to add a bit more mystery to the entire thing. When we first set up the app, we figured we’d walk to the edge of a forest and 'astral project' there. The aim was to find “something interesting for this feature” and with that, we tapped the app and waited. The first message told us there were no anomalies nearby and to try again in a bit. So we warmed our hands, waited, and then tapped again.

We were given a location that wanted us to walk ten minutes - following a path along the forest, to a housing estate outside of a local Tesco. Ready to embark, we started walking. The thing about Randonautica is that it’s an app that allows you to start looking around better, taking a better look at your surroundings and trying to find something interesting. Along the way, we spent a lot of time trying to find interesting things - even if it was just in the trash. The first interesting thing we stumbled upon was a bin someone had thrown away, complete with a picture of the Eiffel tower and a broken glass picture frame. Another interesting thing was a bunch of rose leaves in the middle of a walkway where there were no roses. 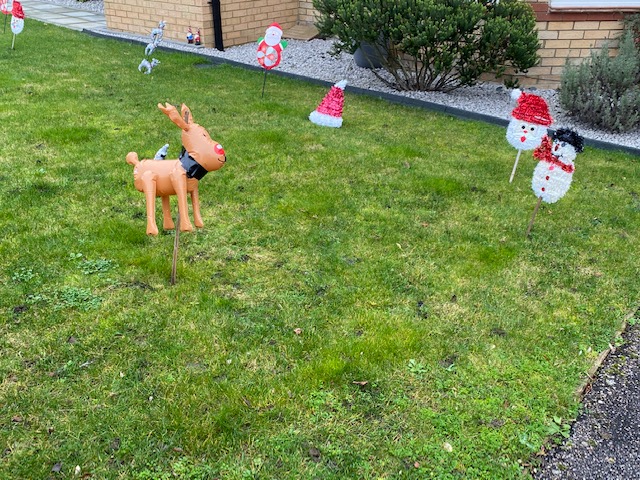 When it came to the actual destination, the app brought us to a crossroad that we had been to several times. There are some bushes there, so we took a look at the bushes and around them, but to be honest, there was nothing interesting to write about. Randonautica gave us a distance around this point, so we started exploring. We saw some interesting Christmas decorations, which launched Dann into a really long conversation about how the staked reindeer and snowman were actually a warning to Santa himself, to not come there, especially with the black duct tape around some of them. Chalking that up to a bit of a miss, we got back to our car and started again. This time, we got a location that was five minutes drive. 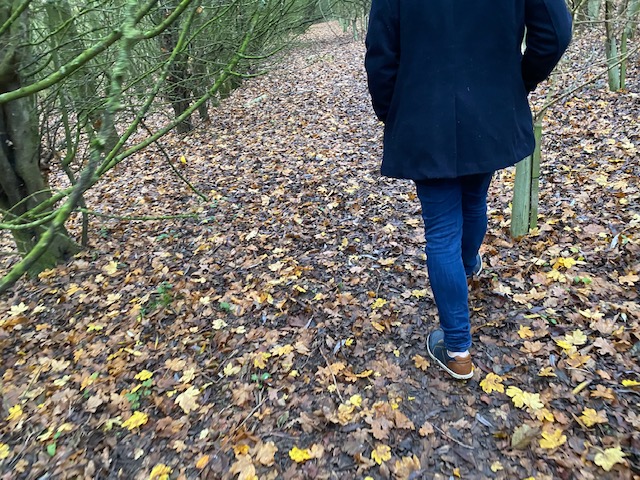 Making our way towards a water tower off in the distance, we had to park and continue walking. We ended up on a dog walker's path around a water tower, but the app wanted us to actually make our way through the woods, behind a giant motorway sound-barrier fence. Outside the fence, there were the letters 'OP' which Dann insisted meant Opinion Piece, which is technically what I am writing now, so that was exactly what we wanted to look for, but we decided to continue on into the woods. 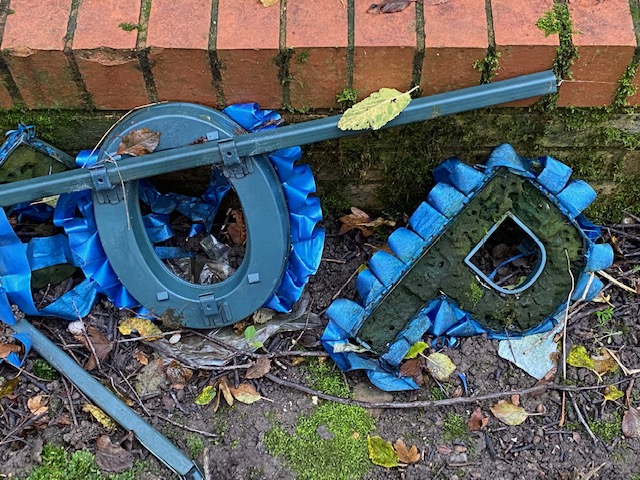 The woods were much more interesting than a housing estate. Along the maybe-a-sort-of path, we found all sorts of discarded items - some metal beams, a rusted shopping cart and some Christmas lights strung between trees. It was interesting, and the point we needed to keep moving as Google Maps didn’t understand where we were. We kept going, finding someone’s abandoned makeshift house and a fence, bordering onto a farming field. The field looked quite eerie in the foggy afternoon, but we couldn’t go into it as it would be trespassing. 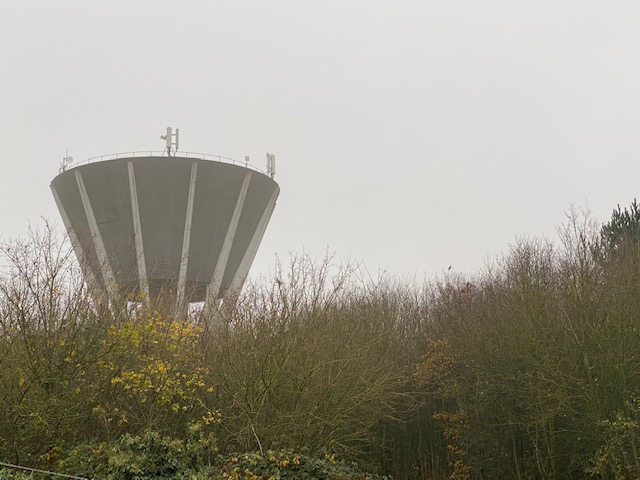 At the end of our adventure, we decided to reflect on what we had seen. I feel the Randonautica app does make you notice litter and appreciate the world around you a bit more than we really should. One of the tips within the app’s tip section is to bring a bag to collect and throw away any of the trash you find, which is something we really should have done because there was so much of it. 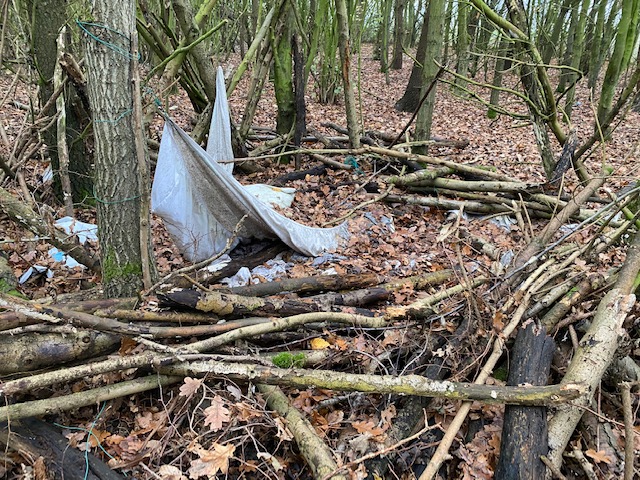 Randonautica brings some fun and joy to exploring outside, giving you a way to find something new, without just wandering aimlessly. It’s a game that lets you create your own story out of, by just allowing yourself to be led by it. Our last adventure took us to what was clearly a small home that someone had made in the woods, complete with bedding and everything. This made us really reflect on how we were going on adventures in the woods, looking at trash and playing with our phones, while there were people literally living in the woods, who probably don’t have the ability to even use phones in the way that we were. The realization that people were living in the places we were exploring, despite them being abandoned, and in the middle of the woods was eerie in itself, and enough to bring us home with a story to tell.

Randonautica: What it is, how to use it, and everything you need to know about this supernatural app