I'm a painfully ungainly human being at the best of times, but I left Radial-G on the verge of chucking my guts up.

I might not have been fighting fit when the demo started, but by the end I was a terrible mess. And I'll be honest, I loved every second of it.

This is a swirling miasma of a racing game, a thudding cacophony of bright lights and stomach-gurgling twists that uses VR not as a mechanic but as an addendum. 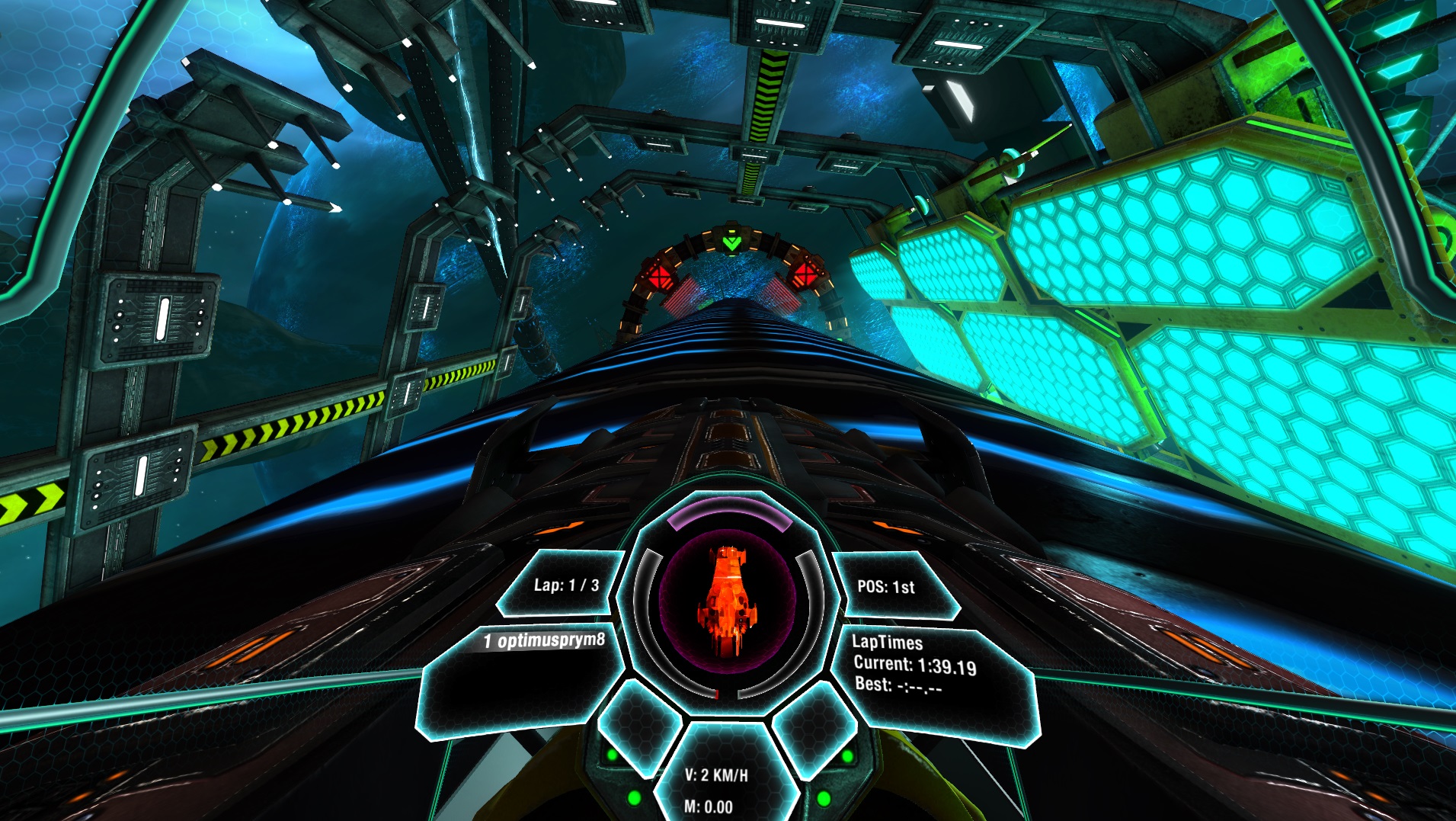 You're sat in the cockpit of a futuristic rocket racer, and you can look around you as you dart around a circular track.

Essentially you're the heart of the HUD, checking the upcoming turns, keeping an eye on your dashboard, and moving everything with the controller in your hand.

There's no attempt to remove the controller abstraction. You're still driving in the same way you would in a standard console racer, but it's that extra layer of reality that kicks the game up a notch.

It gives everything a more exploratory sense. The races are still linear, but staring out into the abyss, looking at a piece of track you've just raced along hanging above you, is enough to really get the sci-fi juices flowing.

There are boost pads that throw you forwards, and red gates that slow you down if you hit them and deplete your shield.

Jump up, jump up

And there are jumps. Oh my word are there jumps. They're lurching, gut-wrenching things. And once I managed to mess one up completely, spiralling down past another chunk of track to lose my life in some heretofore unexplored corner of infinity.

Sure the game isn't all that original, it riffs on Wipeout and F-Zero with unabashed aplomb, but in trading on those other licenses it generates a sense of goodwill the second you slip metaphorically into its cockpit.

And it makes you feel every twist and turn. I found myself rolling with the corners, trying to find the best line with my head as well as with the pointy prow of my space racer.

But yes, by the end of it my legs were jelly. And so was most of the content of my stomach. But it was a good jelly, the sort of jelly that made me feel like I'd actually been there, streaking along those glittering beams of light. 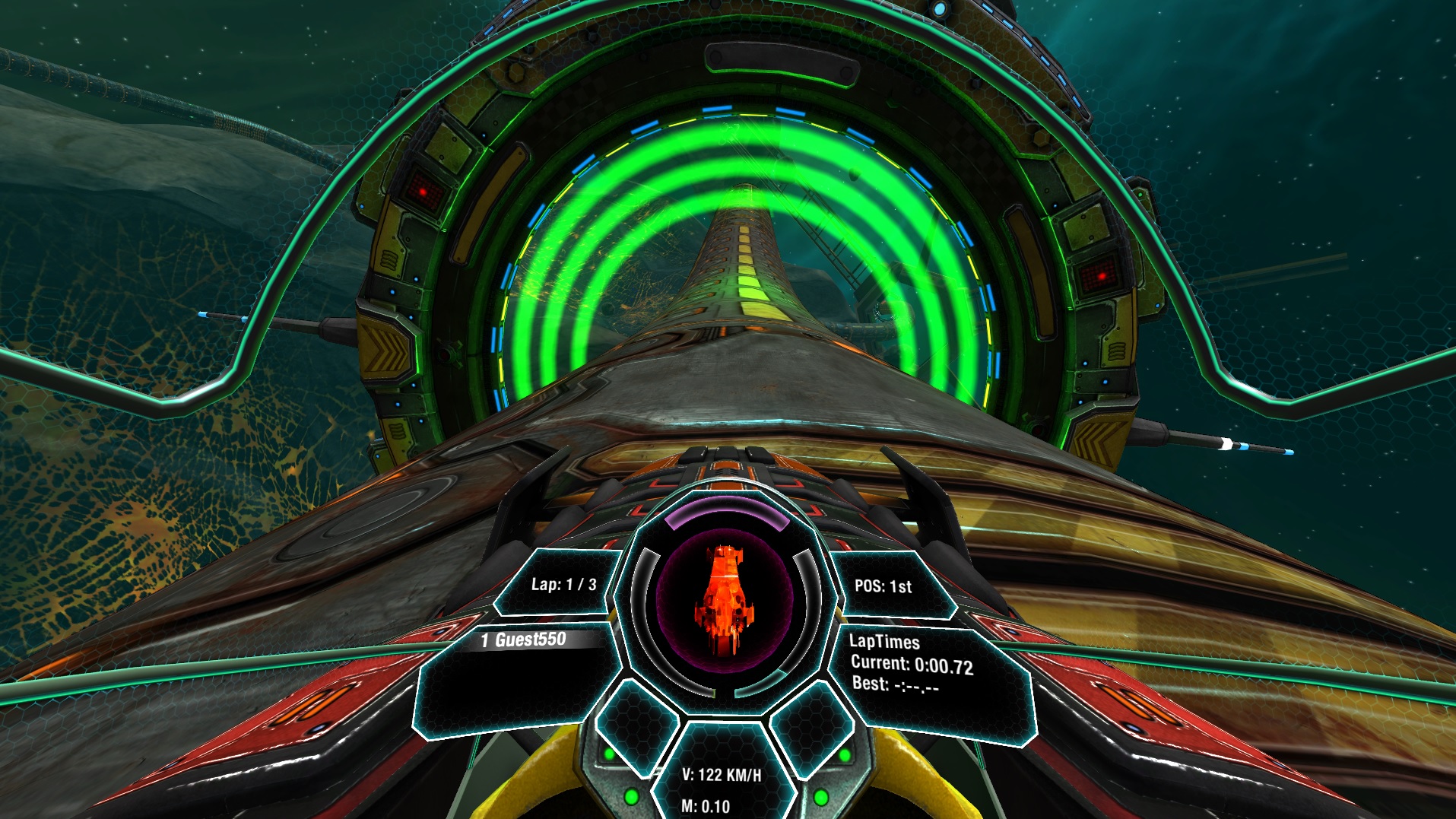 If it's VR's job to transport us to other worlds, to drop us into situations that we're unlikely to get the chance to experience in our day-to-day mundane lives, then Radial-G has hit the nail on the head.

I hate to break it to you, but it's very unlikely that you or I am ever going to get the chance to pilot a zero-G rocketship around a futuristic arena littered with boosters.

To be honest, if I was as bad at the real thing as I was at this digital version, my career in futuristic racing would last about a single lap.

But that's not the point. There's a palpable, clammy sense of danger here. In the event that the future of racing games lies in the land of VR, then it's going to be a future that leaves a lot of people stumbling around in the best possible way.