Ubisoft just announced and soft launched a new game in the Rabbids series. No, this is not a compilation of mini games or an incredible platformer made by Michel Ancel but instead we have a new take on card battlers like Hearthstone.

You'll collect cards, use them to defeat your opponents in both PvE and PvP battles but there's a slight twist to the formula. You see, your rabbit is on a board and you can move it around. This enables you to go behind your ennemies and inflict more damage. 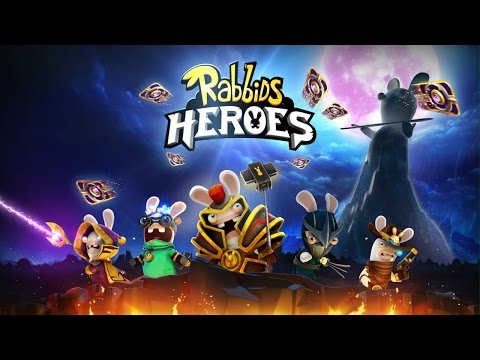 You'll otherwise find plenty of crazy cards and "heroes" with the humor you'd expect from the franchise. The game's been soft launched in Canada on both iOS and Android and if you use an Apple device, follow our guide to get it now.

We'll let you know when the game's available worldwide.

Next Up :
Raven is an indie-developed scenic card game coming to iOS and Android on May 27th