Capcom is moving on to focus on Dead Rising

Capcom is shuttering its free-to-play remake of the Puzzle Fighter series this July, according to Capcom community manager Jeffery Simpson. Puzzle Fighter, which just launched last November, just wasn’t the resounding success Capcom was hoping for. Whether that’s due to the game’s free-to-play heavy mechanics or fans’ displeasure with this renewed imagining of a favorite franchise, it’s hard to say.

Puzzle Fighter will be removed from the App Store and Google Play on July 1, while servers will shut down a few weeks later on July 31. Capcom has decided to move away from this particular mobile venture, devoting more of its resources to the Dead Rising series. 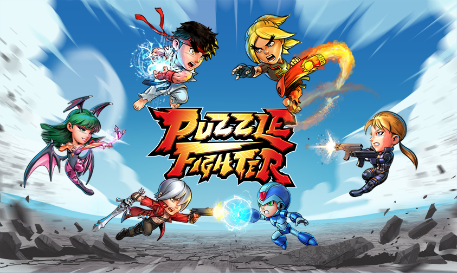 Capcom’s giving players 10,000 gems (the game’s currency) to take the sting out of things a bit. The game’s upcoming characters—Regina, Dr. Wily, and Ada Wong—as well as the new stages, Darminor and Uroboros Laboratory, will be available for free until the servers are shut down. The new content is launching on April 23.

In-app purchases will also be disabled on April 23, but you’ll be able to use any leftover currency you have to upgrade your characters. Additionally, you can now stream the game’s soundtrack over on SoundCloud for free, in case you ever want to relive your Puzzle Fighter memories.

We reviewed Puzzle Fighter last year, and we can’t exactly say we’re surprised by this news. The game was marred by timers and poor design. What are your thoughts on the demise of Puzzle Fighter? Let us know in the comments.
Next Up :
Catalyst Black lets you turn into a primal beast in battle, out now on iOS and Android