Try not to fall flat on your face in Pumped: BMX for iPhone and iPad

First time developer Adam Hunt has just pinged us an email to let us know that his maiden App Store title can now be downloaded from Apple's digital hub.

The game is called Pumped: BMX and it couldn't have arrived at a better time. Why? Because the majority of us here at Pocket Gamer Towers have been enjoying watching the Olympic's frantic (and frankly mental) BMX events and are looking for safe ways to replicate the action.

Pumped: BMX, which has been developed over the course of a year, features levels that have been created with the help of some of the UK's top BMX riders, including Liam Eltham, who's currently performing freestyle demos at this year's Olympics.

As you can see from the trailer below, your aim is to basically pull off tricks and string together thousands of combos without falling flat on your face in a ditch. 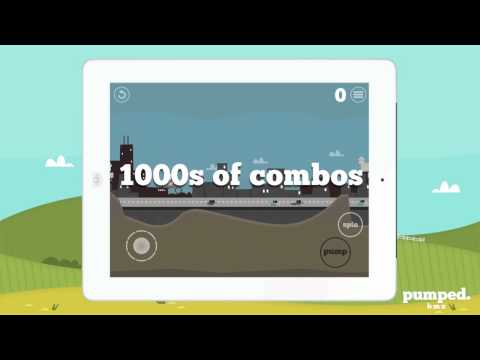 Subscribe to Pocket Gamer on
Next Up :
Hearthstone launches Fractured in Alterac Valley expansion with bonus rewards and a free legendary card of your choice