Puddink, a new physics puzzler based on building towers from pudding, coming to iOS later this year

Casual puzzler Puddink, a physics game based on pudding, released its first gameplay trailer today along with the announcement it will release on June 6th. Developed by indie dev Funcraft Games, who also made Hypertrain and Earth Analog, Puddink looks to be a fun romp for any physics-based gameplay fans that also has a well-known pedigree behind it.

Puddink has a fairly simple premise. You’ll build a tower of square-shaped pudding that will bend and move in the jiggly way that pudding tends to do, in the hopes of reaching the flag placed on the level while avoiding falling into the water below.

The trick to this semi-basic style of gameplay is that the pieces of pudding that you can use to build that tower come at you, Tetris style, with a list on the right of the screen informing you what the shape of your next piece will be. This means that you’ll have to carefully structure and plan out the tower to avoid letting it get too top-heavy. 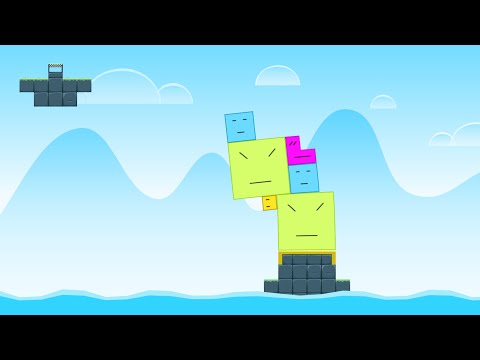 All of this combines into a sort of quasi-Tetris gameplay loop mixed with some construction elements, all leading to what evens out as a pretty unique title that spins a lot of the physics puzzler tropes on their head. Given the unique nature of the developer’s previous two titles, this is hardly a surprise, as Funcraft seems adamant to keep all of its games different from others in the genre.

If all of this sounds good to you, or if you’re just looking for a new and assuredly well-crafted physics-based title, you can check out Puddink later this year when it drops on June 6th. It’s currently planned to release on iOS and Steam, with no word on an Android port yet.

Looking for a puzzle game to play while you wait for Puddink to drop? Check out our Top 25 best puzzle games for Android devices!
Next Up :
Project Castle, the latest idle RPG from NetEase, launches closed beta in select countries