Prismatica looks tricky. I almost get a headache just looking at it. It's a puzzle game, though, and most of them manage at least that much.

But watch the trailer below at some point and see if it has a similar affect upon you.

It's not that it's bending our perception of space and time, or anything like that. It's that it looks like it'll take a while to figure out a single puzzle.

And, considering its puzzle design, it's not too surprising to find out that Prismatica takes ideas from the Rubik's Cube, Sudoku, and Dodecahedrons. It's a mixture of those.

The idea is to unscramble puzzle boards and sort out their hexagonal pieces according to their colours. The boards are scrambled randomly, I should add. 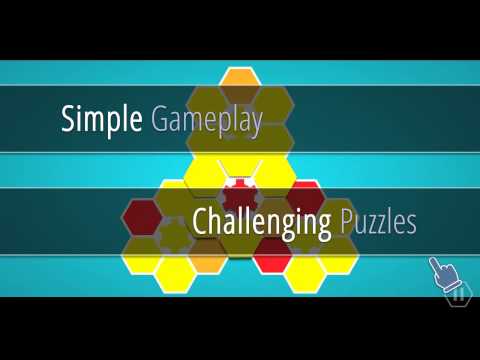 Hexagons that all belong to the same primary colour need to take up one entire circle in the board. But where these circles overlap you also need to find the hexagonal piece that blends the two colours together.

For me, just putting all the hexagons of the same primary colour into a single circle will probably prove challenging enough.

Still, if you're a huge puzzle game fan, then Prismatica should look ravishing. It should be out for iOS, Android, Amazon Fire, and Windows Phone at some point.

Keep an eye on its website to find out when you can grab it on your platform of choice.