Princess Farmer, the wholesome match-3 visual novel from Whitethorn Games and Samobee Games, is coming to mobile in 2023

Whitethorn Games has officially announced that Princess Farmer, the publisher's match-3 visual novel game, is coming to iOS and Android in early 2023. Known for indie fan-faves such as APICO, Onsen Master and Lake, the publisher has teamed up with developer Samobee Games to take players on a wholesome journey as Mother Gaia weaves her magic.

In the new version of Princess Farmer, players can look forward to fresh content that will only be exclusive to mobile devices. For instance, the all-new Quest system lets players put their skills to the test across three randomised daily tasks where they can earn heart coins or stars. Stars are mobile-only currencies that can be obtained when players complete twelve daily tasks - plus, there are new hare dyes, outfits and sparkles in store for everyone in Ro's shoppe.

The match-3 puzzle-slash-visual novel game also features totally chill lo-fi beats to help players indulge in a pressure-free and relaxing experience, boasting the musical talents of Chloe Hotline, The Crystal Furs, and Anne Beyond the Darkness. 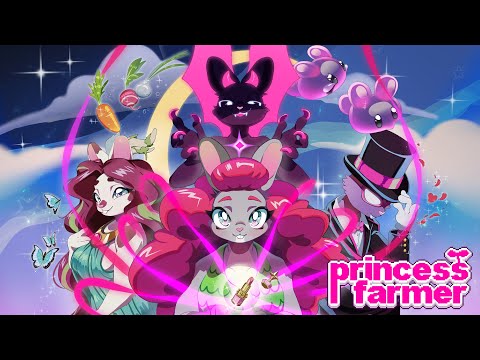 If you're keen on experiencing the game yourself, you can soon download Princess Farmer on the iOS App Store and on the Google Play Store for Android devices in early 2023. For now, you can give the game a go on Steam, visit the official website for more info, or join the community of followers on the official Twitter page to stay updated on all the latest developments. Just in case you're not familiar with the title, you can also have a look at the embedded clip above to get a feel of the game.

Are you on the hunt for more similar titles that will put your skills to the test on your mobile device? Why not take a gander at our list of the best match-3 games for iOS?

Next Up :
The results of the Pocket Gamer Awards 2022 are in - and they are glorious

Princess Farmer, the match-3 visual novel, is coming to iOS and Android early next week