Hacker gets homebrew version of Portal running on 3DS, shows it off in video

Rabet previously found the exploit for the 3DS that allows homebrew titles to run on the Nintendo handheld. It requires a copy of Cubic Ninja.

With that established, Rabet has moved to the next step, which is generating games that can be played with the 3DS homebrew exploit.
For Portal 3DS to work, he has made use of Citra, which is the 3DS emulator. You can see it in action in the video below. 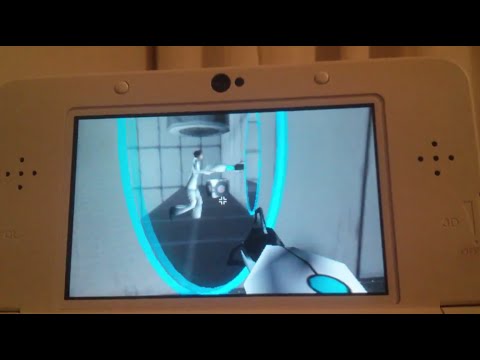 It has most of the mechanics from the original Portal including portal transportation, switches, cube physics, and momentum jumps.

What it does lack, however, is any sight or sound from GLaDOS.