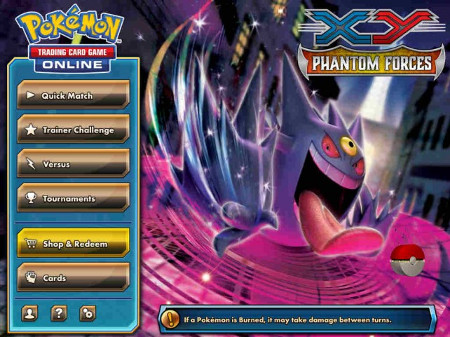 The iOS version of Pokémon Trading Card Game Online has been updated with the XY - Phantom Forces expansion. Which sounds kinda spooky, I guess.

You can purchase the new cards in a couple of ways. Either by spending some in-game currency to, or by using the codes you get in the physical booster packs to add them to your digital game. Synergy.

There are some other tweaks and under-the-hood changes in the update as well. You can use Expanded Format decks now as well, and I'll be honest, I have absolutely no idea what that means. I'm sure it's good though.

The XY - Phantom Forces expansion is live right now on the App Store, so if you want extra Pokémon, go and grab it right now. Go on. Shoo.