Couple of Weedles in the system

Pokemon Masters has compensated players 6000 gems following a few bugs that have been lingering in the game for a while now. Chances are you may not have noticed them depending on how in-depth you've gone with the game. You have until the 12th October to claim them, so that's a whole month but still, don't forget.

The first of two issues have been caused by the move Dire Hit not working as intended which has effected a number of scout pairs including some level 5 partnerships such as Karen & Houndoom. This meant that these pairs were a little underpowered compared to some of the others.

The other issue was related to 2-star gear. The game listed the upgrade material for them as 2-star upgrade threads. This is only supposed to be the case for Bracelets, not all of the items in the category. Both of the above issues have now been resolved.

It's fairly generous compensation, particularly if you're like me and hadn't really used Dire Hit anyway, so I'm essentially getting free gems for being blissfully ignorant. Even if you're more attentive than me it's still a solid amount of gems, good for getting yourself 20 sync pairs. 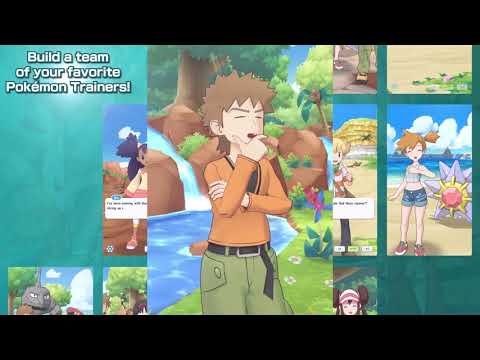 As for when you choose to spend them, that's entirely up to you. The developers DeNA appear to be more regularly introduce Spotlight Scouts so you have an increased chance of getting a particular sync pair. At the moment – and until 24th September – that pair is Olivia & Lycanroc. If you're not familiar with Olivia from the games her Lycanroc is in Midnight Form.

Of course, the event with Blue is also ongoing so if you change the sync pair scout page you can also have an increased chance of getting him and his Pidgeot. It is worth remembering though that the increased chance during these spotlight events is 2%, which is double the normal chance of getting a 5-star sync pair but it's obviously still fairly low.

Pokemon Masters is available on the App Store and Google Play. It's a free-to-play game with in-app purchases.

Check out our news section to discover the latest, and greatest, games.
Next Up :
Fortnite is celebrating the Rocket League World Championship with in-game live streaming and loads of rewards