Pocket God - one of the long running App Story success stories - is actually turning into a long runner, with the news that developer Bolt Creative will release Pocket God: The Runs in early 2012.

Based around the same pygmy characters we've all been killing for years, it switches the action to a platform side-scrolling perspective, with dozens of levels spread through different themed worlds.

It follows on from a mini-game first included into Pocket God in the Crack is Whack update.

"Over the past few years we have explored many different ways to annihilate those poor little islanders, many of the suggestions coming from our own community of devoted followers, and the original The Runs mini-game was definitely one of the more entertaining ways to dispatch Pygmies," said Dave Castelnuovo, co-founder of Bolt Creative.

"As anticipated, The Runs proved to be quite popular and we really felt that it deserved to become its own full featured game. We're not releasing all the details on it yet but be assured that it'll fit nicely within the Pocket God universe.

You can see the first footage as part of the franchise's Holiday video. 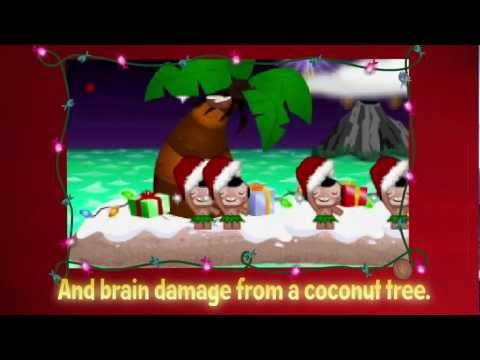