Shiver me timbers and so on 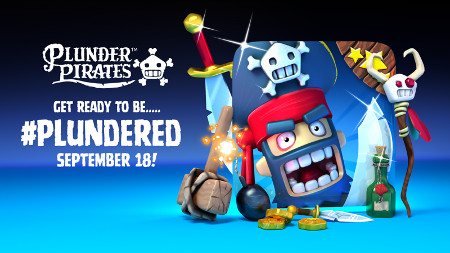 The Rovio Stars published sea-faring Clash of Clans-a-like Plunder Pirates is set to hit the App Store on September 18th.

That's the day before International Talk Like A Pirate Day, which apparently isn't a real holiday.

The game sees you building up your pirate empire, adding things buildings to your island and recruiting a crew of salty sea-dogs. Or possibly unsalted sea-dogs if you're watching your figure.

If poking around some grog-swilling cartoon pirates sounds like the sort of thing you'd like to spend some time doing, keep an eye on the App Store next Thursday.