Like almost every other developer in the world, Angry Birds maker Rovio has bagged its very own Clash of Clans knock-off.

This one comes in the form of swashbuckling strategy game, Plunder Pirates.

Developed by Midoki and now published by Rovio Stars, Plunder Pirates is another game where you juggle base building, tower defence, and a campaign of enemy encounters.

However, this time, it's all pirate themed. So expect to recruit a crew of salty sea dogs, to build up a bustling smuggler's den, and to grind for grog. 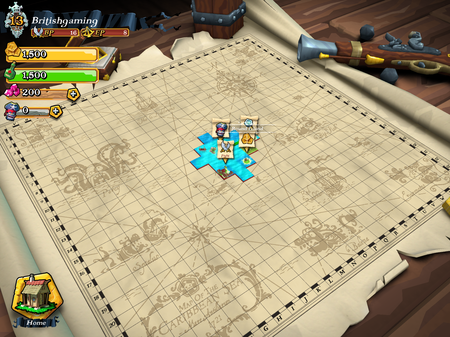 Like Boom Beach, you find missions (and other handy items) by exploring the ocean. In Plunder Pirates you have a frankly adorable map screen, where you bring colour and life to grid squares on a blank map.

I chatted to some chaps from the Rovio Stars team at Pocket Gamer Connects in Helsinki, who pointed out a few ways that Plunder Pirates differs to Clash.

For one, the game is in full 3D and you can spin the camera in 360 degrees. You can also tussle with sea monsters, and eventually (possibly in a future update) there will storms and tornadoes that will alter the dynamic of your oceanside base. 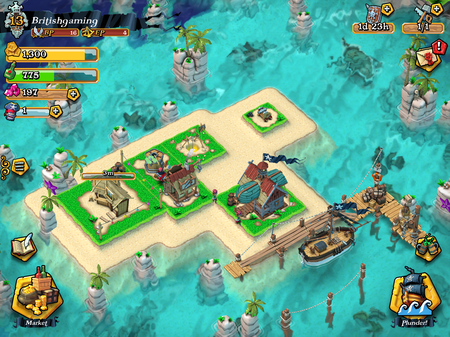 But ultimately, this is the latest in a long (long) line of games that are inspired so heavily by Clash of Clans, you need a DNA test to tell them apart. Just, you know, with the enormous level of polish that Rovio is well positioned to apply.

Plunder Pirates is available now in soft launch in Canada. It should be out worldwide in the summer.

Updated on June 18th, at 7:18: Just a note: the features and screenshots in this piece come from an early version, available in soft launch now in Canada. Rovio says stuff is subject to change before the global launch.
Next Up :
Sago Mini School adds a diverse character creator and other features for preschoolers in About Me update