Massively successful Plague Inc getting a physical boardgame soon, next update in beta

Spreading diseases, one table at a time

Plague Inc's success came out of nowhere. After becoming a huge hit on iOS and despite not looking like much, the game expanded onto Android and Steam and went on be played by more than 65 million players.

What's even more amazing is that the creator of the app became well known and even had a conference at the Centers for Disease Control and Prevention (CDC).

While not something that will fit in your pocket, it's still quite astonishing to see that the game will now become a real, physical boardgame for up to five players. 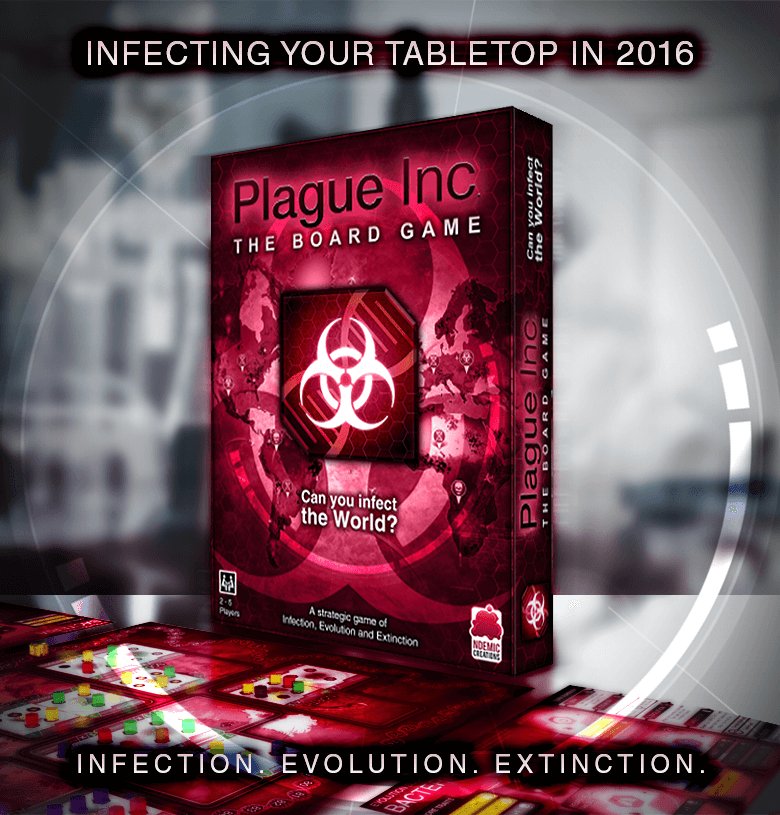 You might be thinking about Pandemic right now, a massively popular boardgame centered around viruses and outbreaks, but Plague Inc will be a competitive affair pitting your diseases against one another.

The boardgame should be available as part of a Kickstarter camapign.

The digital game will soon be updated with a new patch containing Mutation 12 and if you own an iOS device, you can apply for become a beta tester right here.