One of the unique 'services' that game makers provide us with on an all-too-regular basis is the so-called "gamer rage". We've all been there.

Curious observers may question why it is that we willingly put ourselves through so much pain and frustration. If a game is particularly challenging, though, that's all the more reason to beat it and crave those warm, fuzzy feelings afterwards, right?

The received wisdom regarding levels of difficulty in video gaming is that the game designer has to be tough but fair. A good measure of a game's quality? You're compelled to complete it, despite having the urge to destroy the contents of your room.

We've put together a list of games that we think fit the above criteria. They're rage-inducing, engrossing games that test your reflexes, memory, and dexterity.

It might be best to take these on one at a time. If you can think of any more that you believe are worthy of this list, let us know in the comments section below. Good luck.

The classic. The choice of the discerning gaming masochist. Super Hexagon is a fast-paced arcade dodge-'em-up enhanced by loud electronic music. Spin a small triangle so it slips through the gaps in the incoming hexagons. You'll be able to dodge real bullets after mastering this one.

Another fast-paced spinning game. In Pivvot, you strategically avoid the spiky, rotating, and bouncing hazards along a squiggly line. Unfortunately, you can only move along a radius. Expect lots of close calls.

It never ends. A white ball tears down a constantly curving minimalist race track. Always going down, farther and farther. The key is not to stay on the track, but to bounce down it with balance and precision. 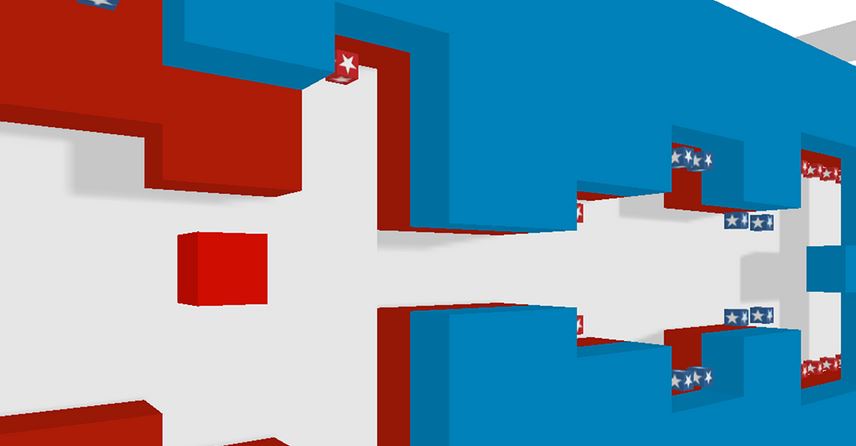 Expander is a game of dodges that may cause you to smash something. You control a cube moving down a corridor. Stretch the cube to collect the stars, but shrink it back down so it doesn't collide with a wall. Oh, and pay attention to the colours.

A loopy and athletic science professor runs through a particle collider to charge it up with energy and discover new particles. That sounds safe. Make sure he jumps in time to avoid the gaps. The constant dizzying spinning will probably be your downfall here. 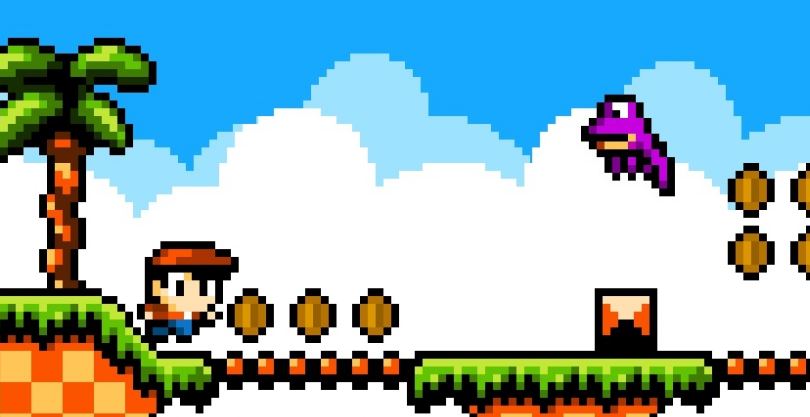 This one's deceptive. It looks charming, sure. Once you start it up, however, you'll find out that it's a tough-as-nails platformer. The levels are short, but you'll get to know them very well as behind every pixel there seems to lurk another deadly surprise. 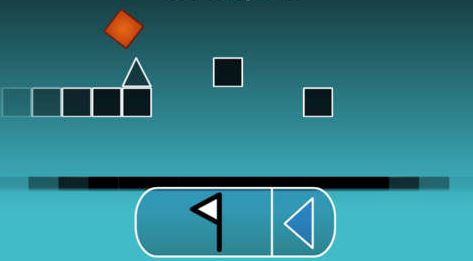 Gluttons for punishment should have already pounced on this one. The title gives it away, really. Tap to keep up with the jumps that the triangle must 'perform' to avoid harm. Expect an experience similar to being constantly kicked between your legs. 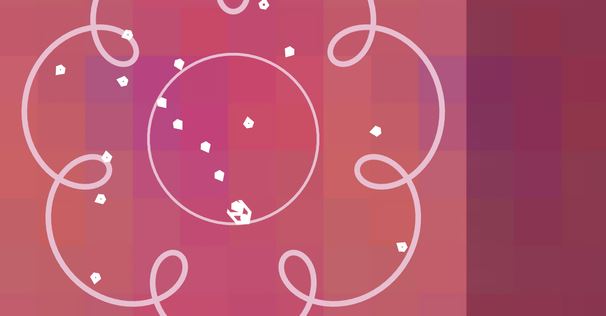 In the funny and cruel Don't Shoot Yourself!, you have to constantly move so that time travels forward. In the meantime, your vessel fires bullets from your behind. These projectiles bounce around the claustrophobic levels and straight back at you. Cause your own chaos.

Collect crates to score points. That's all you've got to do. It doesn't help, though, that there are masses of angry aliens hurtling down the multi-tiered levels. Plus, there are weapons inside the crates with which you'll automatically be equipped when collecting them.

Pleasant fast-paced endless-running. Birds fly into the sky as you pass. A city skyline whizzes by while huge machines tear the place apart. What's so challenging about this?! BANG! Oh, right. Mind your head on those buildings you're jumping across, won't you. 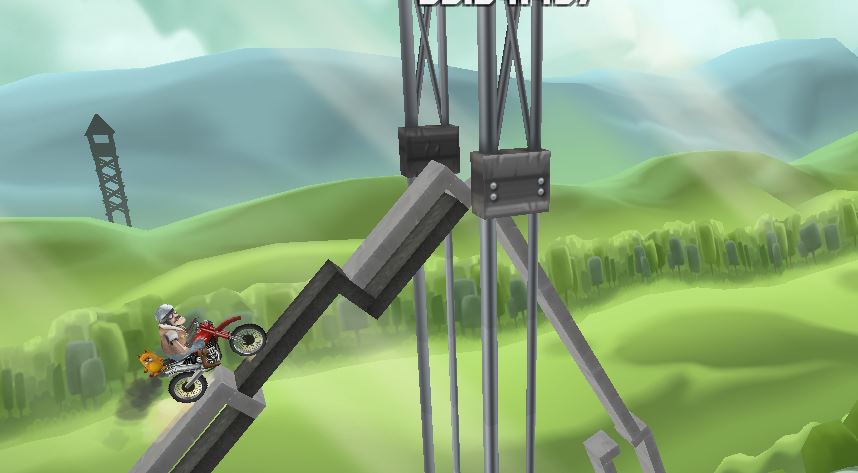 A mixture of Trials HD and Joe Danger, Bike Baron is a cheeky game. You guide a motorcyclist through a series of challenging loops, ramps, and jumps. And, yes, just the slightest imbalance will throw him off. Again. And again.

This is just plain unfair. All of the bloodstained 8-bit levels in 774 Deaths house impossible-to-predict traps. This makes it rather tricky for you to pass through any of the levels on the first attempt. Good luck trying, though. You will be dearly missed. 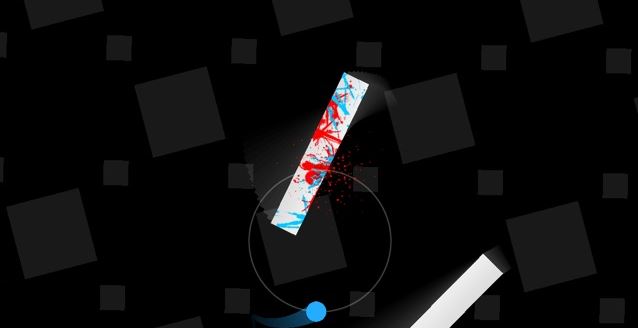 If you aren't fed up of spinning through dangerous angular terrains yet, you have to give Duet a go. You control two balls that are locked together in a circular dance. Obstacles will fly towards them, so you'll need to rely on twitch reactions to spin them to safety.

Jump and shoot through a retro-style gauntlet of aliens, mines, spikes, and turrets. You'll have everything thrown at you in Commander Pixman, and the only way to find the perfect route through the levels is by trial and error. Lots of error. 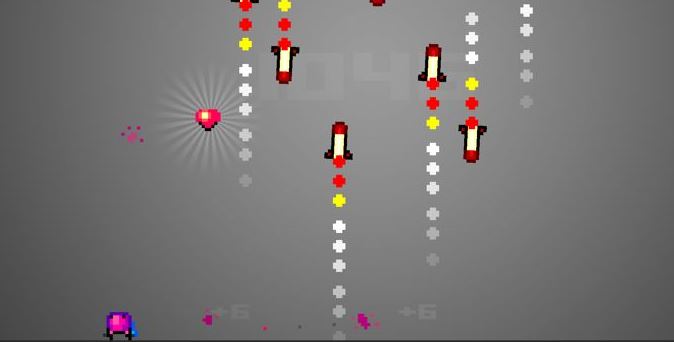 Bounce between the walls of 1001 Attempts to dodge the rockets and lasers. Oh, and to snatch the gems out of the air. As soon as you get into a rhythm, the green meteor will start chasing you, which usually means the game will be over very soon. But you'll keep coming back for more, regardless.