iOS + Android
| Pirates of the Caribbean: Tides of War

Pirates of the Caribbean: Tides of War, the mobile strategy game based on the swashbuckling Disney series, has added another villain from the movies.

Captain Salazar (played by Javier Bardem in the films) has dropped anchor in his ship the Silent Mary. The legendary pirate hunter has appeared in the game as a phantom called Salazar’s Shade and he will command his trademark vessel as a Unique Tactician. 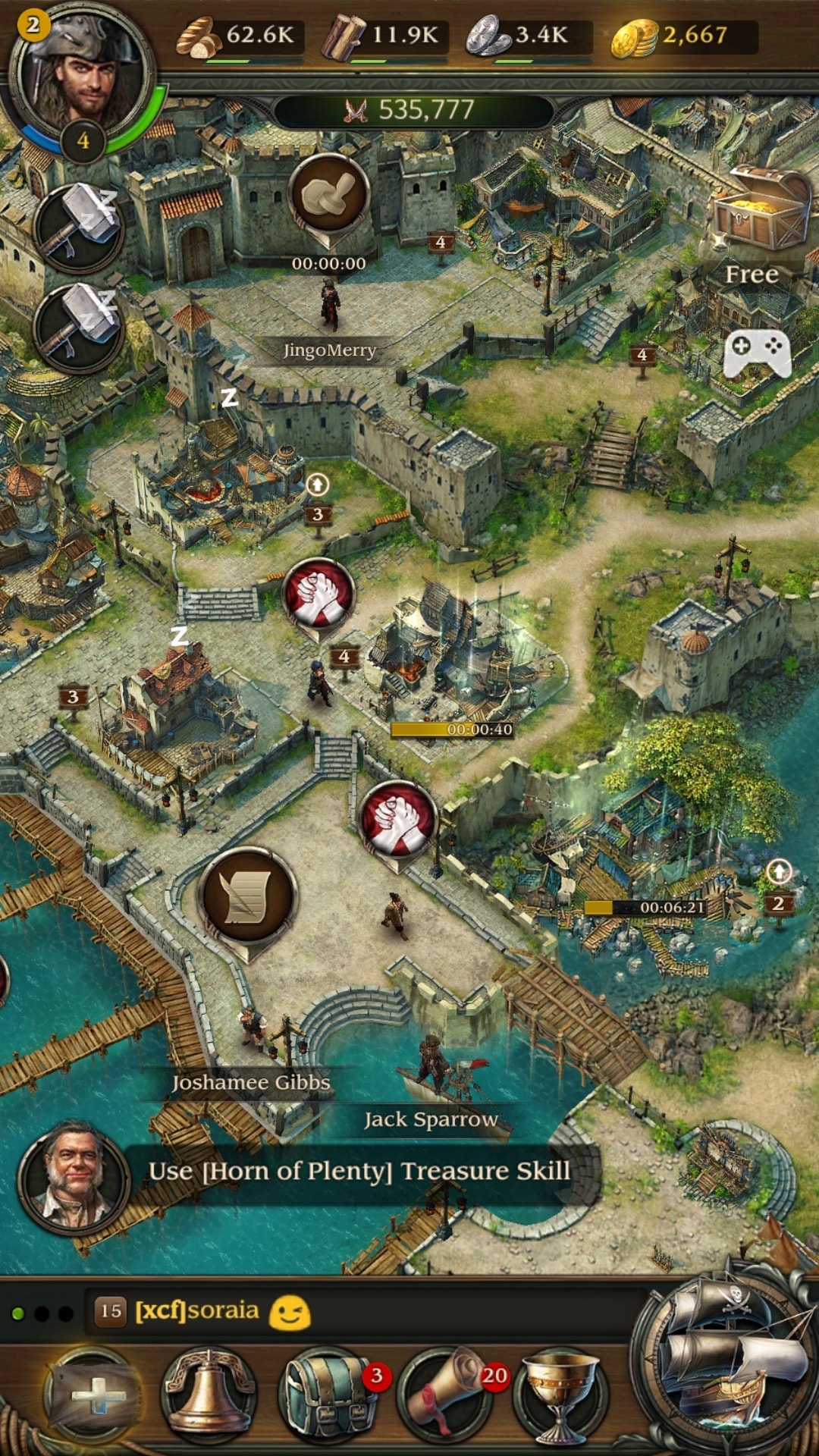 Following the events of the movies, Salazar has returned to the high seas with a hunger for vengeance following his defeat at the hands of Captain Barbossa.

Developer JoyCity’s latest Tides of War update has also brought a new mode called The Great Brawl to the game, allowing alliances to battle against one another. Players who take part will earn honour points which can be traded for in-game goods at the Market.

And that’s not all – The Pirate Hall and Weapon Workshop can now be upgraded to S level 3, details of monsters can be viewed at the Monster Cage before they’re released back into the sea, and a new Tier 3 Tactician named Malik Bolston has joined the game.

JoyCity is also embracing the Christmas spirit by giving back to the community in December. Those who check in for a total of seven days during the month’s Attendance Event will be given a Unique Tactician Invitation, and there will be more free pirate booty to come. And don't forget that you can keep up with the news regarding the game on Facebook.

Pirates of the Caribbean: Tides of War and its latest update are available to plunder from Google Play and the App Store
What's A Preferred Partner Feature?
From time to time Steel Media offers companies and organisations the opportunity to partner with us on specially commissioned articles on subjects we think are of interest to our readers. For more information about how we work with commercial partners, please read our Sponsorship Editorial Independence Policy.
If you're interested in becoming a Preferred Partner please click here.
Next Up :
Ark Legends, Melting Games’ upcoming mobile RPG, opens pre-registration and lucky draw event

Season 5 of Pirates of the Caribbean: Tides of War is available now, introducing a host of new content