Legendary developer Capcom has announced the release of its iconic courtroom detective mystery game Ace Attorney Trilogy. This may be a tad confusing, as Ace Attorney Trilogy HD existed already on iOS and Android under the same name, but this is simply a relaunch that will offer enhanced graphical fidelity and other quality-of-life changes.

If you haven’t heard the name by now, Ace Attorney is a game that features the protagonist, Phoenix Wright, navigating numerous mysteries that range from murders to kidnapping and more. After solving the case, you’ll then be taken to the courtroom where the real game begins. Here, you’ll have to debate with the people around you while also presenting the right evidence and saying the correct things to the Judge to prove your case until eventually you sway the entire room. 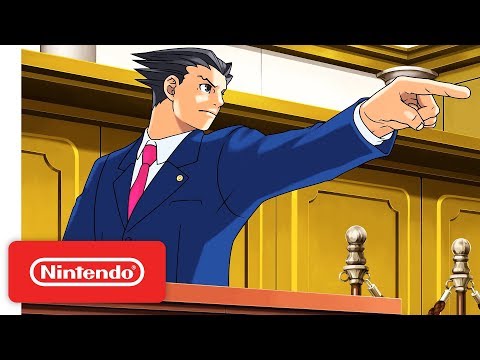 This leads to some truly engaging gameplay that is really in a league of its own, and difficult to compare to anything else out there since it has carved out such a specific niche. The closest experience I could think of is something like the Rockstar developed detective simulator L.A. Noire, but even then that’s hardly an accurate comparison. Phoenix Wright is, in all honesty, very much its own thing that has developed a crazy large cult fan base since the first title released way earlier in the 2000s.

Featuring a lovely anime art style that looks so good it was actually adapted into an anime a little bit ago, amazing characters that you will surely grow attached to, and some interesting storylines that will keep you guessing constantly, Ace Attorney has cemented itself within the video game hall-of-fame for a good reason. And now mobile players will have an excellent chance to hit it up and see what it’s all about, this time with improved graphical fidelity and numerous language options beyond English and Japanese.

If you’re looking to get involved with this classic series, you can find the Ace Attorney Trilogy for $19.99 on Android and iOS right now.

Are you looking for more anime-inspired role-playing games? Check out our Top 25 best JRPGs for Android!
Next Up :
Hero Emblems II is an upcoming JRPG with match-3 combat coming to iOS this month

Phoenix Wright: Ace Attorney Trilogy brings HD versions of the first 3 games in the series to 3DS this winter