These tips will help you get started in PAYDAY 2

PAYDAY 2 has finally swindled its way on to the Nintendo Switch, and we’ve been robbing banks, shooting cops, grabbing jewellery, all of it, and now we’re going to share with you what we’ve learnt.

You’ll need to load up with essential equipment, grab cash and go undercover, and if you’re new to PAYDAY that easier said than done. With our help though, we’ll take you from a petty thief to a career criminal.

So read on for everything you need to know to get started robbing banks in PAYDAY 2! 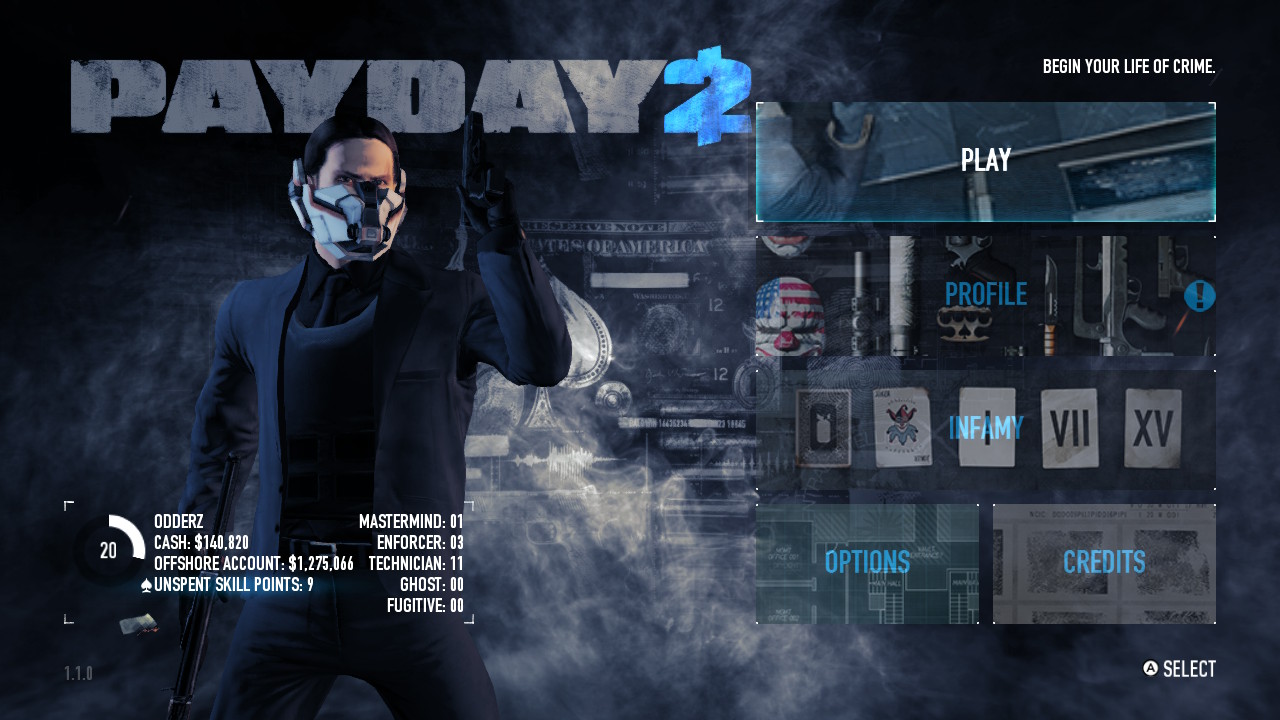 Equipped for the job

What kind of mission you’re embarking on will influence the loadout you should equip greatly, and your early equipment isn’t the greatest for quick missions. In fact, your base equipment will only give you access to a drill for breaking into gates and safes, and it’s a slow process.

C4 will do a much better job, otherwise known in game as Shaped Charges. You can use these to blast into safes, vaults and through gates much more quickly, and using the More Firepower skill in the Technician and Breacher tech tree will give you more shaped charges to speed through heists. 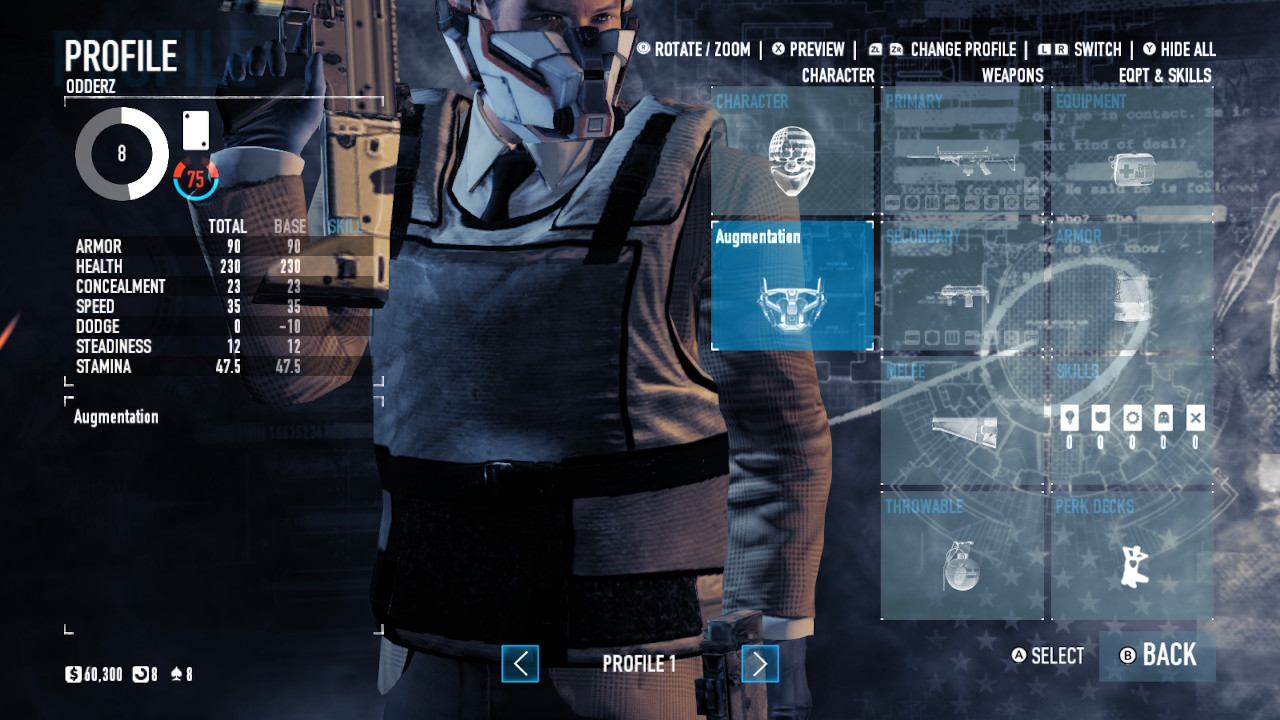 Though it’s tempting to equip the biggest and baddest guns - and trust me, I know it’s tempting - you might actually want to downscale a bit for the sake of concealment.

Each weapon and most pieces of gear have a concealment rating, essentially pointing out how suspicious that piece of gear makes you look. Toting a massive ballistic vest and several large weapons while walking in to a bank rarely goes down well.

Pistols, smaller ballistic vests and generally lower profile weapons and equipment however will make you much less suspicious when walking around areas, allowing you to complete recon and gain intel or precious items, such as keycards. 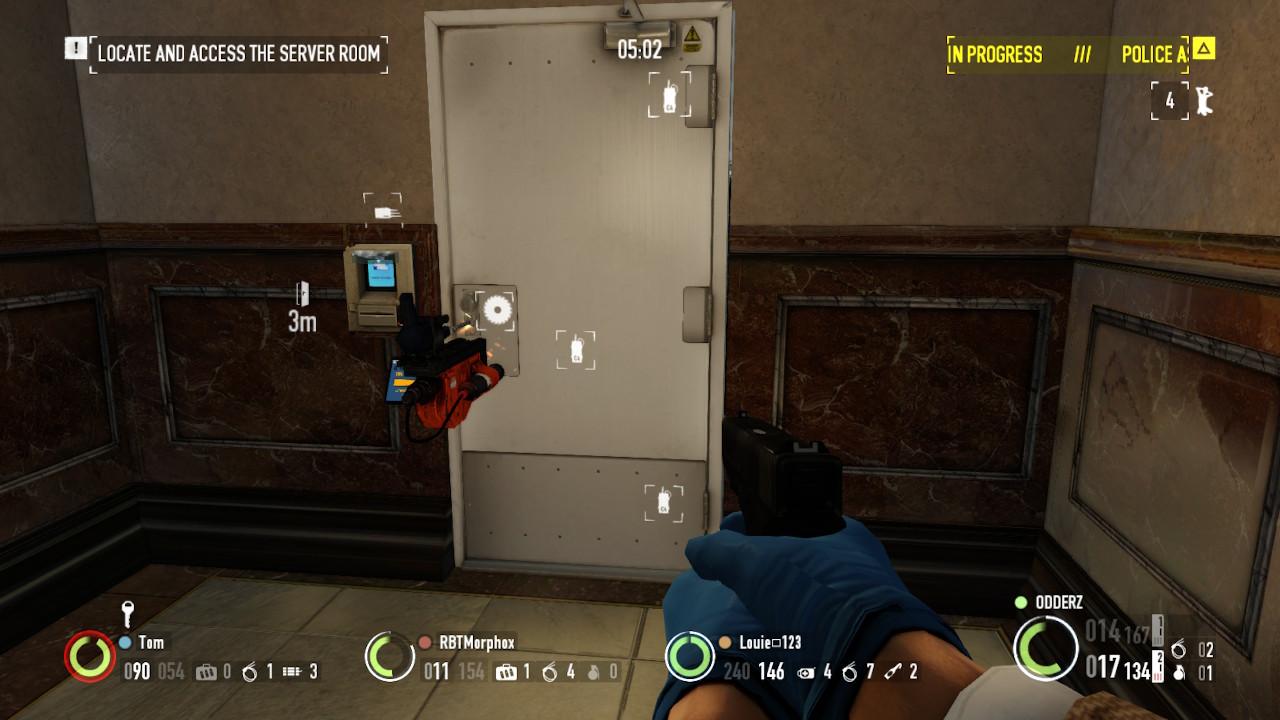 Dressed for the occasion

As mentioned, what you equip will make a big difference to how missions play out, and as such you’ll probably want to craft a few loadouts which are good in different instances.

Make a loadout with weaker weaponry and high concealment for stealth missions, for example, and missions where you go loud from the start could use a more militarised approach.

You’ll get fifteen profiles to customise at the beginning of the game. You likely won’t need that many, but it means you can feel free to get experimental with equipment right from the start. 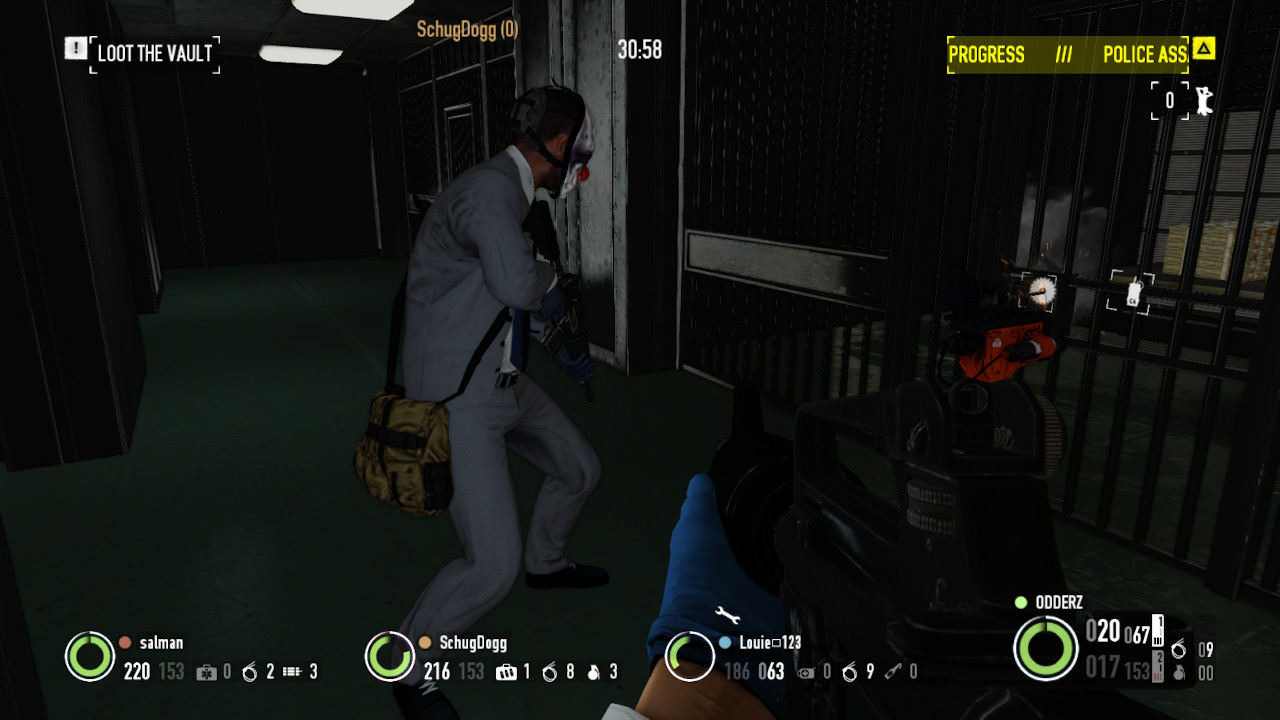 The task at hand

The objectives are of course what you want to be handling in any given mission, but sometimes it might not be clear exactly what you need to do. There are objective hints of course, but that doesn’t always help.

At other times you might need an alternate mode of transportation, like the ziplines you can place in one bank heist in order to gain access to a crane. 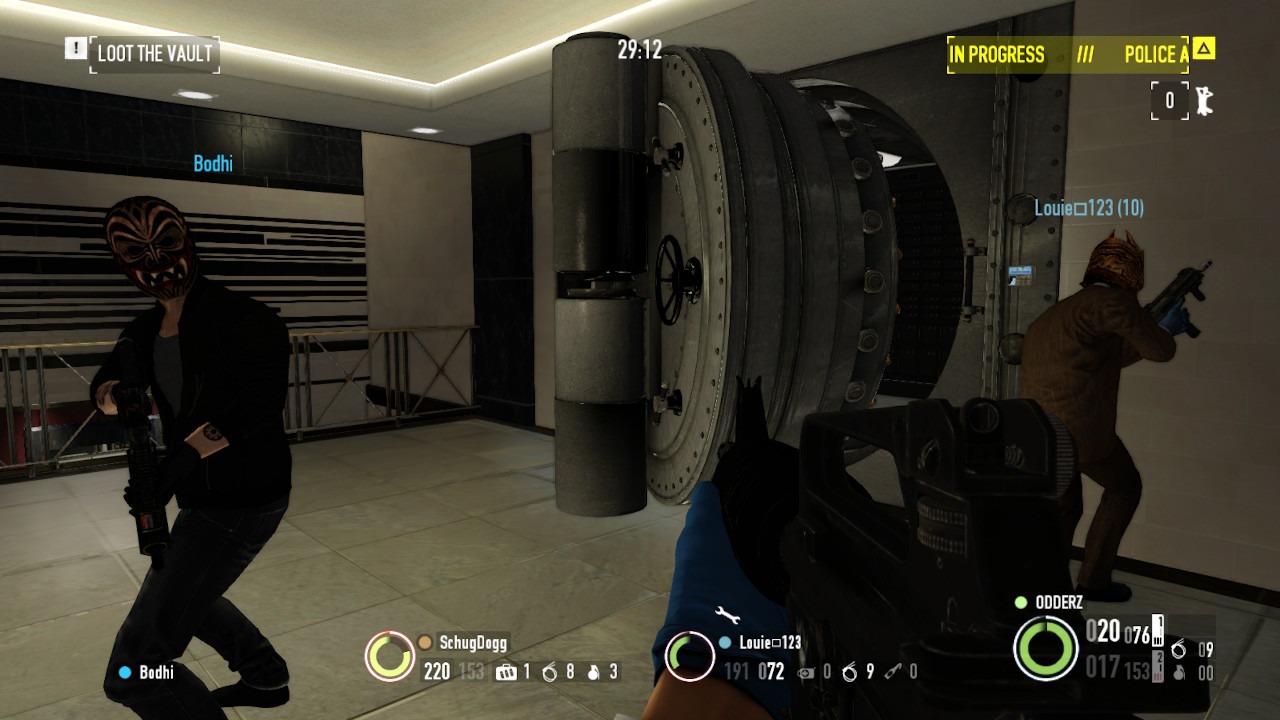 Getting gone while the going’s good

When missions are finally wrapping up, you’ll need to decide between getting more loot, or running with the cash, and honestly, it can be tough to decide.

In most missions there will be a minimum amount of precious loot you’ll need to gather, but any extra doesn’t hurt. That said, going back for more when cops are crawling all over the place and the end is in sight is more than a bit risky.

The best advice is simply to get out while you can, but if you feel like you’ve got a safe route and you’re in a good position, going back for one more money bag can be very rewarding indeed. 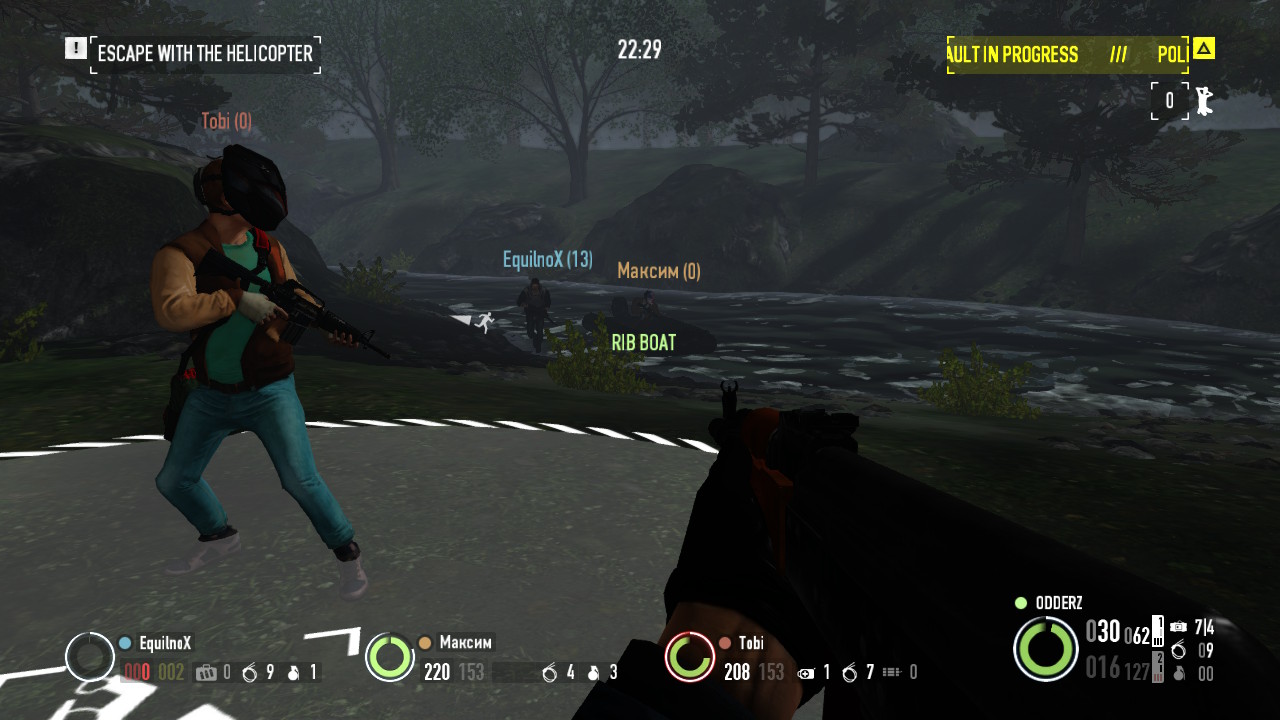