Flamebait Games has dropped a brand new gameplay trailer for Passpartout 2: The Lost Artist, giving players a sneak peek at the life of a struggling artist with a playable demo available during Steam Next Fest 2022 from June 13th to 20th.

The sequel to Passpartout: The Starving Artist, Passpartout 2: The Lost Artist features a new adventure that tasks players with rebuilding their lost career as an artist. Players can draw their own art with easy point-and-click style gameplay, unlocking new tools and encountering memorable characters along the way.

The chill game also lets players put their art for sale as well as accept commissions from the townspeople in Phénix. While the sequel has currently only been announced on Steam so far, it will likely have a mobile release in the future if it's to follow in the footsteps of the original game. Passpartout 2: The Lost Artist also bagged first place at The Digital Big Indie Pitch (PC+Console Edition) #8. 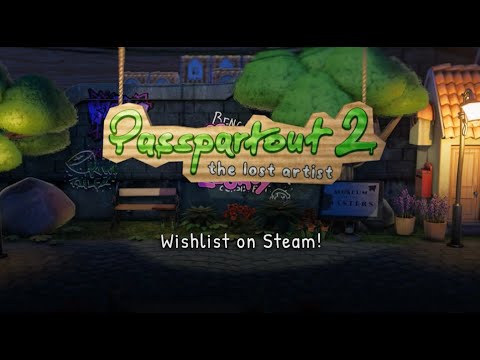 If you're eager to give it a go, you can find out more about Passpartout 2: The Lost Artist on the game's official Steam page. In the meantime, Passpartout: Starving Artist is available to download on the iOS App Store and on the Google Play Store for Android devices. It's a premium game that costs $4.99 a pop or your local equivalent.

You can also join the community of followers on the official Twitter page to stay updated on all the latest developments, visit the official website for more info, or have a look at the embedded clip above to know more about the game's visuals, gameplay and mechanics.

Are you on the lookout for more similar titles that will put your skills to the test on your mobile device? Why not take a gander at our list of the top 10 best paid games for iPhone and iPad (iOS)?

Next Up :
Desta: The Memories Between is an upcoming Netflix exclusive from the makers of Monument Valley, coming later this year