Crescent Moon Games is bringing its Wii U overhaul of the Silver Award-winning Paper Monsters to iOS in February.

Yep, it's called Paper Monsters Recut, and was released on Wii U and Steam last year. It brings with it many changes and additions to the original game that should prove to be big improvements.

First off, is the graphical overhaul, which will be made possible by Metal. It's shinier, crisper, and feels more 3D than before.

Recut also adds an overworld that links its individual levels together rather than having you selecting them from a menu.

This should make it feel more connected, while also adding new levels, mini-games, and secrets to explore. 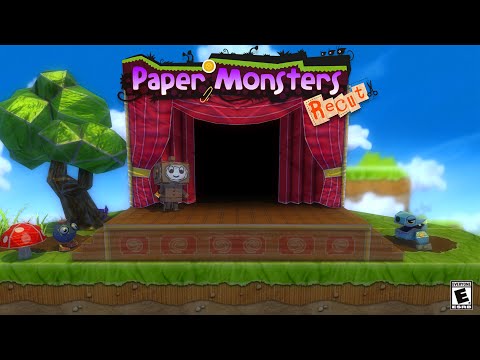 "Collecting items has a lot more value because you need them to unlock new areas much like Mario 64 and the Platformers of that era," writes Crescent Moon in the announcement post.

The original worlds in the reboot have been remixed with new levels, power-ups including power ups including jet packs and lasers, and extra twists.

If you enjoyed the original Paper Monsters then this will certainly be one to look out for next month.