Buster Bros. to our American friends

DotEmu and Pastagames are bringing back Capcom's 1989 arcade game Pang (Buster Bros. in the US) and it'll be heading to iOS, Android, consoles, and PC.

In the original Pang, you had to help two brothers destroy bouncing balloons that are terrorizing the world's most precious landscapes.

You did this by shooting a harpoon vertically, and should the balloons contact it or the rope it leaves behind, then it splits into two smaller balloons. You keep doing this until the screen is cleared.
Some levels had patterns of blocks that would obstruct your harpoon. And there were weapon pickups including a twin harpoon, grappling hook, and rapid-firing gun.

See how the original Pang played in the video below. 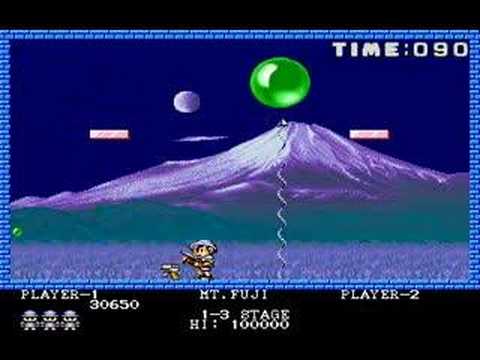 How this new version of the game will play hasn't been detailed. But DotEmu says that it will "maintain the original spirit of the game while delivering some surprises and new features."

Apparently, this new version of Pang has also been approved by the original creators at Mitchell Corporation.

That's all we know about Pang Adventures for now. We'll update you once we hear more about it.

Pang Adventures - I'm getting pangs for the days of the arcade