Classic arcade game Pang (or Buster Bros if you live in the United States) is being revived courtesy of DotEmu and Pastagames.

If you havent played Capcom's 1989 arcade version, let me explain what it is.

In Pang, you play as brothers who need to pop balloons on a 2D plane. Each time you popped one, it broke into multiple little balloons.

Pang Adventures' gameplay is exactly the same but adds a little more meat to it. You'll find power ups, new weapons and more. The title's visuals are also in HD as you'd expect.

Here's the latest trailer for the game: 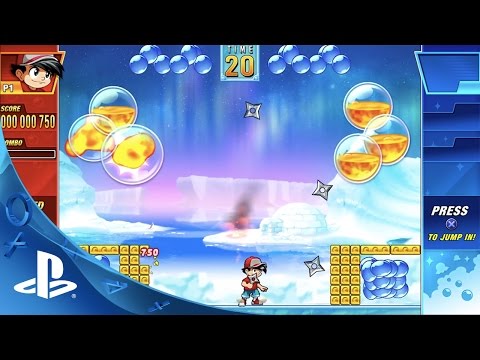 The game's out on iOS and Android on April 19th.

Pang Adventures - I'm getting pangs for the days of the arcade