Wanna play football (or soccer) on your iPhone?

There are three new apps for that

They say you wait to catch a bus for ages and then three arrive together.

Apparently it has more to do with human psychology and pattern recognition than bus schedules though, so I suppose there’s some sort of clustering of meme theory that can account for receiving three press releases about iPhone football games in one day.

Anyhow, to get down to business.

Taking a novel, portrait screen perspective, you can see how the cartoony game, which has you directly controlling the ball and your movement around the pitch (sort of a bodily first person view), against team of wobbly opposition players, works in the following video. 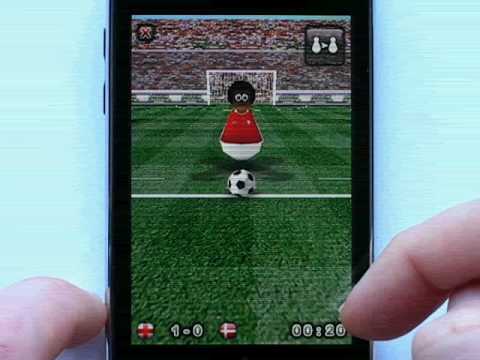 Subscribe to Pocket Gamer on
Magnetic Sports Soccer Alternatively, you could try out Bulkypix's Magnetic Sports Soccer - due out on Monday 14th December. Based on table football or foosball, it includes tilt controls as well as magnetic forces. Most neatly, there's also a head-to-head multiplayer mode (supporting local/online wi-fi, Bluetooth or 3G), and online results and achievements are enabled via the OpenFeint social network. You can see a video of the multiplayer mode here. 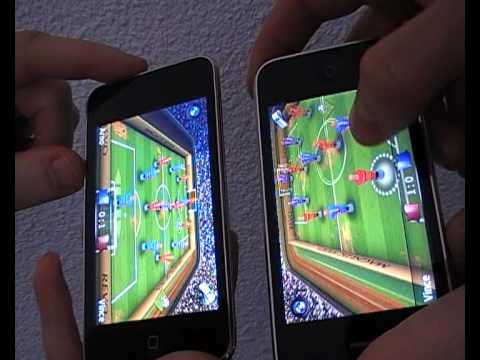 Subscribe to Pocket Gamer on
Goals! Arcade Soccer Finally, The Game Creators have taken inspiration from the much loved Sensible Soccer with its Goals! Arcade Soccer. It’s a topdown football game of the old school variety, that keeps the action fast and frantic.

Subscribe to Pocket Gamer on
Next Up :
Lineage2M, NCSOFT's stunning MMORPG, is out now on PC, Android, and iOS devices worldwide