We first spied Rainbow Train's dodge-em-up oO last year. If you enjoy testing your reactions then you should know that it's now out on Android.

oO takes the gameplay of Ring Run Circus and strips out all of the lavish decoration in favour of a minimalist presentation. It's inspired by Pivvot and Super Hexagon, after all.

So it's just you and a bunch of circles. Your task is to tap the screen in time to pass a triangle between all of these circles. 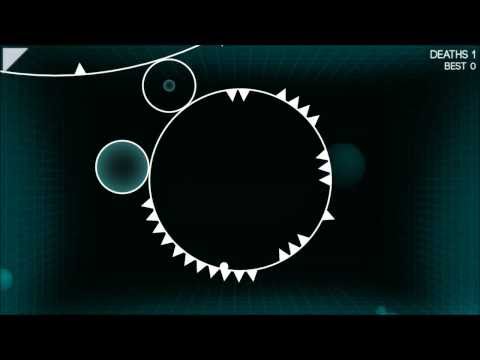 While that may be challenge enough, you can expect spikes to line up around the circles threatening to punish even the tiniest of failures. More surprises will be encountered later into the game.

oO isn't for the fainthearted, then. If you think you can handle it, it's available on Google Play for £1.18 / $1.99. The iOS version will be along soon enough.