Onimusha: Warlords is getting a shiny remaster for Nintendo Switch next year

Back better than ever

Ahead of Nintendo's Nindies Direct happening later this evening, it's been announced that the PlayStation 2 classic, Onimusha: Warlords, is getting a bit of a makeover before it hits the Switch. Yep, it's coming January 15th 2019. 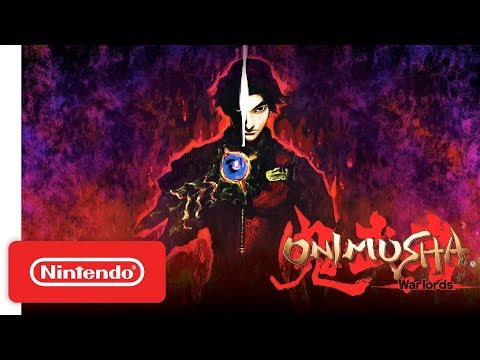 Subscribe to Pocket Gamer on
As a sweet, somewhat odd young lass, Onimusha is one of the few action games I played as a kid and that was when my PS2 save system messed up. By that I mean I couldn't quit the game without losing all of my progress (which was intense), but I enjoyed it nonetheless.

Set in feudal Japan, you'll play as the esteemed samurai warrior, Samanosuke Akechi, and ninja, Kaede, on a mission to save Princess Yuki after demons invade her castle.

Seeing Onimusha: Warlords get a port on the Switch with shiny new graphics, widescreen support, and new difficulty options, really makes me excited to jump back in. I mean, it'd be nice to actually make it to the end, so I'm doubly excited about the news for weird reasons.

There's no word on a physical release as of yet, but we know it'll be coming to the eShop.