Octopath: Champions of the Continent nabs an official Western release date, and it is not too far from now

The much-anticipated mobile adaptation of the Square Enix published JRPG Octopath Traveler, Octopath Traveler: Champions of the Continent, finally has an official release date, and it’s only about a month from now! Featuring a new cast with a few returning characters, the same turn-based gameplay the original was known for, and a brand new story that ties into the original as well, this has been one that many people have had their eyes on.

Octopath Traveler was originally a Switch exclusive at launch but was later ported to consoles and PC alike after receiving a ton of positive attention that primarily focused on its engaging take on the typical JRPG turn-based combat. Champions of the Continent seeks to emulate a similar experience, but this time will feature a prequel story that leads into the events of the original alongside new characters. 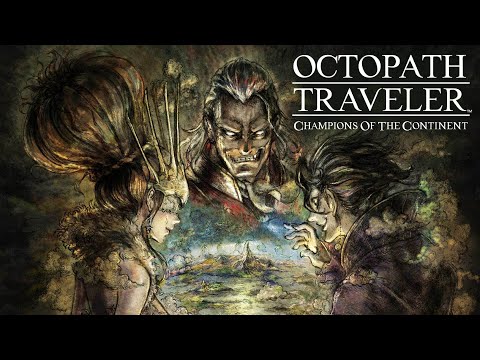 Champions of the Continent, as opposed to its full-priced older sibling, is also entirely free-to-play despite also being a fully single-player experience. The in-app purchases listed on the store already seem relatively unthreatening, featuring things like special item sets and ruby sets, all of which seem mostly like shortcuts to endgame items that you could also just grind for as you play. Either way, to be able to experience a full JRPG story that’s entirely free-to-play is a rare treat, so that’s already winning Champions of the Continent some points.

As for gameplay, you can expect something exactly like Octopath Traveler. A turn-based combat system that allows you to stock up your character’s turns to unleash more powerful attacks and navigate turn order as well as leveling up said characters and unlocking better and better classes as they progress. You’ll also be navigating an overworld that will feature random encounters, NPCs to converse with, and shops to bargain with as well.

If you’re a fan of the original game or just a JRPG fan in general, this is for sure one to try out when it launches on July 27th for Western audiences. It’ll be dropping on Google Play and the App Store, and you can pre-register on both right now. If you do so, you’ll also unlock some special pre-registration content when it finally drops, so be sure to hop on it while you can!

Are you a fan of classic turn-based combat? Why not check out our Top 25 best Android JRPGs?!
Next Up :
Chimeraland, Level Infinite's sandbox adventure, has opened pre-registration in North America and Europe

Octopath Traveler: Champions of the Continent, the prequel to the Nintendo Switch title, is out on mobile now

Octopath Traveler: Champions of the Continent receives a new trailer ahead of its launch in Japan