Octopath Traveler was a surprise Switch hit, bringing a unique take on JRPG turn-based battles alongside a gorgeous art style and an interesting approach to narrative.

And Square Enix is keen on turning it into a franchise of sorts, having recently announced a new mobile prequel called Octopath Traveler: Champions of the Continent which is coming to Japan sometime this year, according to Gematsu.

It looks a lot like the original Octopath Traveler, which sparks hope that the game will be a proper, full-fledged RPG, but with controls changed to fit the smaller screen. Peep the announcement trailer below. 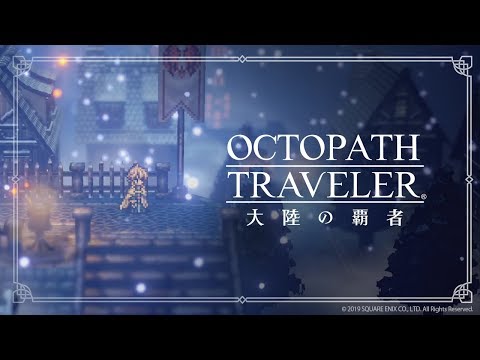 Pre-registration has already started in Japan, and 800 players on iOS and Android are going to get early access to the game. In Japan, of course. The West isn't getting a sniff of this yet.

But let's hope we do, because another great Square Enix RPG on mobile is never a bad thing. Fingers crossed a Western release is announced later this year, and launches by the end of 2019.

Octopath Traveler: Champions of the Continent, the prequel to the Nintendo Switch title, is out on mobile now

Octopath: Champions of the Continent nabs an official Western release date, and it is not too far from now