Cornfox & Bros. talks about Oceanhorn's story, influences, and a love for The Legend of Zelda

Look at the screenshots for iOS adventure game Oceanhorn. Just look at them. How can you not instantly fall in love with a game that looks like that?

It's charming and inviting. It's infused with the DNA of classics like The Legend of Zelda, but it looks thoroughly modern at the same time. We simply can't wait to play it.

But, we need to know more.

To that end, we sat down with Heikki Repo - the co-founder and creative director of developer Cornfox & Bros. - to find out more about Oceanhorn, talk Zelda, and see if we can squeeze a release date out of him.

Pocket Gamer: Give us a general overview of Oceanhorn - what type of game is it?

Heikki Repo: Oceanhorn is a classic console-style action-RPG-adventure game. It was borne from our love of immediate gameplay over cinematics and long introductions.

We will throw players into a world where they can take their time and explore it as they wish. The world consists of small islands filled with challenges, hidden treasures, and the history of the Uncharted Seas.

We've heard about ancient ruins and coral harpoons - what will the story be about? 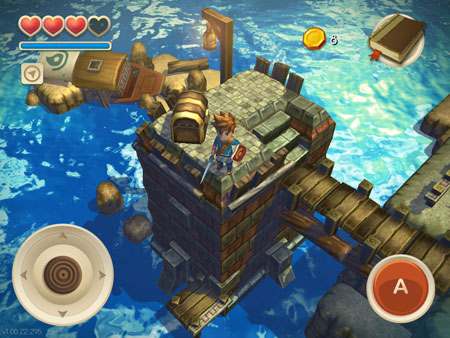 The world of the Uncharted Seas is torn apart after a catastrophe that hit the world a thousand years ago. Now, the ancient sea monster Oceanhorn is terrorising the world, destroying towns and hunting seamen.

One boy's fate is tied into this monster after it killed his parents. He is left with a note from his father that says he is the only one who can slay this monster. With his father's old sword, journal, and a map, he embarks on a journey to find a way to slay Oceanhorn.

On his voyage, he finds people and equipment, and acquires knowledge that will help him on his way. But, as he travels on his boat, he is constantly tailed by a large shadow under the sea surface. Why was Oceanhorn after his father and now him? What led the ancient world to its destruction?

The game has attracted some comparisons to The Legend of Zelda. Is that a franchise your team admires? How has Nintendo's game influenced Oceanhorn?

Zelda has influenced the atmosphere of our game, the premise of a boy on an adventure, and some superficial things like a classic HUD display from the '80s with hearts, keys, and stuff.

We are old skool guys, so we remember the time before the first Zelda. Some of us were playing Gauntlet in the arcade and Ultima IV and other RPGs at home before the NES era.

Zelda was the first video game RPG to allow closer interaction with the environment. Also, for the first time in any RPG, character progression was not happening in the character stats, but actually in the player itself - in his ability to play the game better and in his ability to realise how the world works. 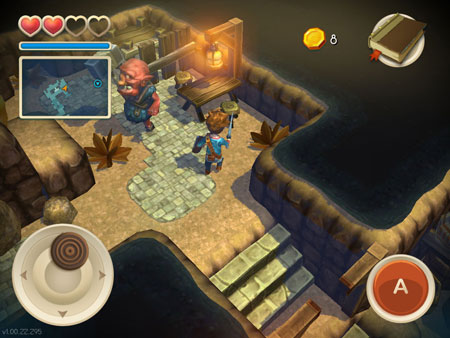 We admire the Zelda series for its polish, its ability to make worlds feel alive, and for the way in which it (especially in the old Zelda games) treats players. Those games do not think you are dumb. On the contrary, you feel smart bombing your way through hidden walls and solving puzzles with just the tiniest of hints. That is the kind of admiration we have for Zelda.

Even though it might superficially seem like it, Oceanhorn will not be a simple Zelda clone. We have an interesting formula for an adventure, and we hope to be able to create an adventure game that does not feel linear or patterned. We hope to break the simple 'from town to dungeon to town to dungeon' format into something much more organic.

It is too early to tell if we will succeed, but we are working hard to create some unique gameplay for Oceanhorn.

What other things - games, movies, books, real-world experiences -have inspired you to make Oceanhorn?

Oceanhorn is inspired by the games of my youth, the old Final Fantasy games, the Seiken Densetsu series (especially the first one for Game Boy), a bunch of old CRPG classics, and modern RPGs.

First and foremost, Oceanhorn is a tribute to the time we spent with the games of our childhood.

We are a generation of game developers that came after old masters like Hironobu Sakaguchi and Shigeru Miyamoto. Too many great ideas and design attitudes of the golden age have been left untouched and untapped. It is time to re-introduce some of that fun to the players of today. 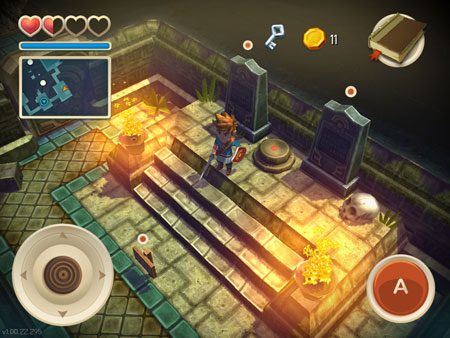 Old games did not start with tutorials that take two hours to play through. Nor could they have hours of cinematics.

We are a small team, so in a good way we are simulating the restrictions of the '80s and '90s. Still, we can produce a game that is visually and gameplay-wise on par with the best mobile games of today.

From a story and an art perspective, other works that have inspired me include Hayo Miyuzaki's films (which I treasure), like Nausicaa and Princess Mononoke, for example.

I hope we are able to provide an engaging story, fluid gameplay, and an amazing adventure that will give Oceanhorn an identity of its own, though.

How long do you think the game will take people to complete? Will there be extra side-quests and tasks?

We cannot yet evaluate the complete playing time of Oceanhorn. I can confirm, mind, that there will be side-quests and that the main campaign isn't linear in its nature.

We wish to create a world where you are willing to spend your time, exploring even the smallest of islands. We have a lot of hooks set up there for players who are willing to turn over every stone in the world and complete all the challenges.

What did you learn from making and releasing Death Rally that has helped with Oceanhorn? 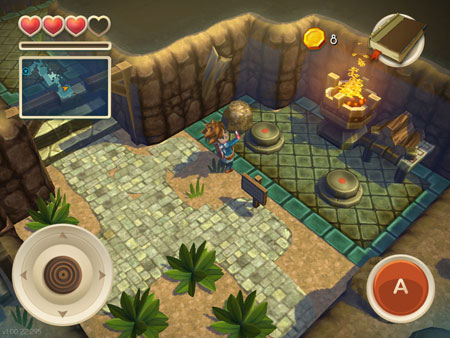 Death Rally is a game in which mobile gaming is considered in every detail of the gameplay: from race durations to unlocks and meta-game progression.

A good iOS game is a service rather than a product, so Death Rally was designed to be a platform for updates, and players were listened to when we designed the updates.

The initial release version of Oceanhorn will be followed with content updates that bring in new adventures, items, and features. Feedback from the audience will be heard.

It's been almost a year since Oceanhorn was first announced - when will we finally be able to play it!?

We are aiming to release Oceanhorn later this year. We are working literally day and night to bring Oceanhorn out as soon as possible. Oceanhorn will be worth waiting for.
Next Up :
Figure Fantasy adds new figurines, limited in-game rewards and more in "A Certain Scientific Railgun T" collab