It's set after the "Universe's Greatest Science Experiment," which seemingly went wrong, as space-time is now well and truly messed up.

This causes the separate worlds of real-time and turn-time to collide, hence Nova-111 incorporates both in its adventure. 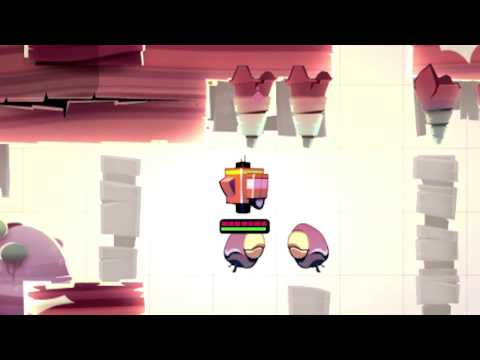 So, to explain: you move in turns, but can stop time to interact with objects in real-time. That's as confusing as it sounds but it seems to make sense when played.

If it's not making any sense then just wait until next month to get further insight on how Nova-111 works. Oh, and give that video above a watch.

Nova-111 is a sci-fi action puzzler with a peculiar sense of time, heading to Vita in 2015