But where did they get the games?

Emulators, as you know, are awesome. They allow us to begrudgingly exist in the present yet dwell in the comfort of the past, when everywhere was all fields, the milk was warm, and you could get a ha'penneth o' chips and a ride home on the trolley bus after the pictures and still have change from a shilling.

All you whipper-snappers out there who might be a tad too young to have watched Doctor Zhivago in a smoke-filled converted picture house at least have the Nokia N900 to show you what real gaming was like (back when Nintendo was all fields).

A new video from Nokia shows the flagship handset putting its silicon to good retro gaming use with a host of different emulators.

The video shows MSX, NES, SNES, GBA (WTF?), Game Boy, ZX Spectrum and other emus at play, though it does point out that game ROMs will have to be sourced 'elsewhere'. As Mobile-Ent.biz points out, this is dangerous territory for a big company, as the licensing issues of game ROMs - even old ones - is a thorny subject of late.

Nintendo, for instance, is probably none too pleased at seeing a classic Mario game being played on the N900, given that there's no way to buy a licensed version of such a game for the device.

Still, a trip down memory lane while out and about is always welcome from us old joystick junkies, so go check it out and let us know how these emus fly before the inevitable shit storm arrives. 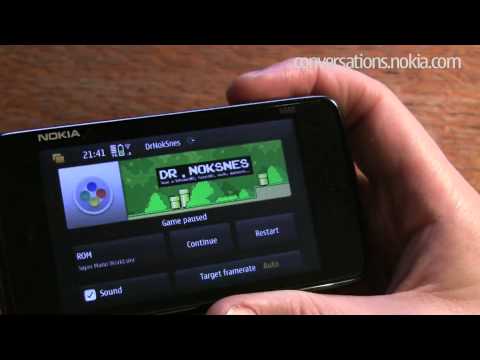