The App Army are at it again

Each week, we get early access to an exciting upcoming game and give it to a select few hardened mobile gaming experts that make up the App Army. We then feed these thoughts back to you, our audience, so you know whether it's worth your time or not. Gamer to gamer.

Today we're looking at Neon Chrome, a stunning indie game which combines thrilling music, cyberpunk graphics, and top-down shooting all in one game. You must go floor by floor clearing out rooms full of enemies, looting, and upgrading along the way.

Grab the game on the App Store, it's also available on PS4, Xbox One, Steam and should be coming to PS Vita later this week. 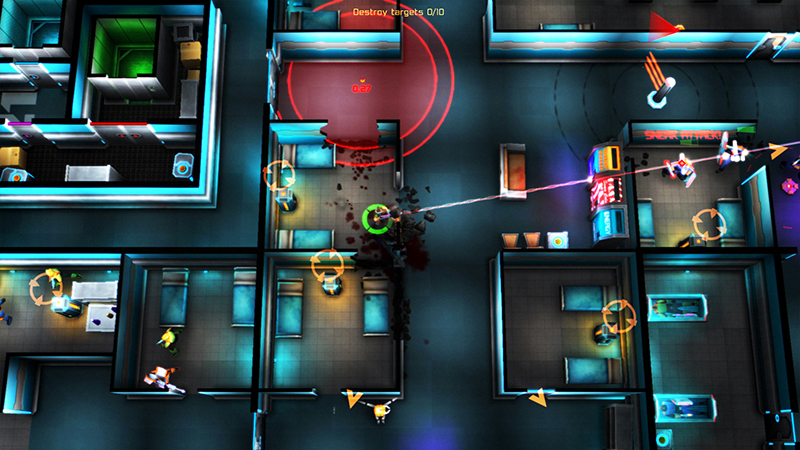 This game not only looks good, it offers a great mix of twin shooter, RPG, enemies, and has a tactical side to it as well. The roguelike gameplay is a welcome change compared to most games out at the moment, which keeps me coming back for more.

However, Neon Chrome has not avoided the underlying problem that most twin stick shooters face: repetition. Even though the game offers a lot to fans of top down shoot-em-ups, it will ultimately get a little boring.

I like the game's style. The outdated 80's-like cyberpunk visuals has a certain charm which is complemented by the soundtrack.

With a good assortment of weapons and upgrades, Neon Chrome offers a challenging experience and high replay value. It’s a game that will keep you entertained for a long time.

Neon Chrome offers more than you would think and the RPG elements give it an extra level of depth. The variety in enemies offers a change of pace - a great feature to avoid a repetitive feel. The environment is destructible, allowing for strategic approaches to rooms as well as the sheer pleasure of blowing something up.

Although the game's music and sound effects are some of its best features, the storyline is rather bare. The controls could be fixed up a bit for tablets, but the few shortcomings do not outweigh the fun gameplay in Neon Chrome. 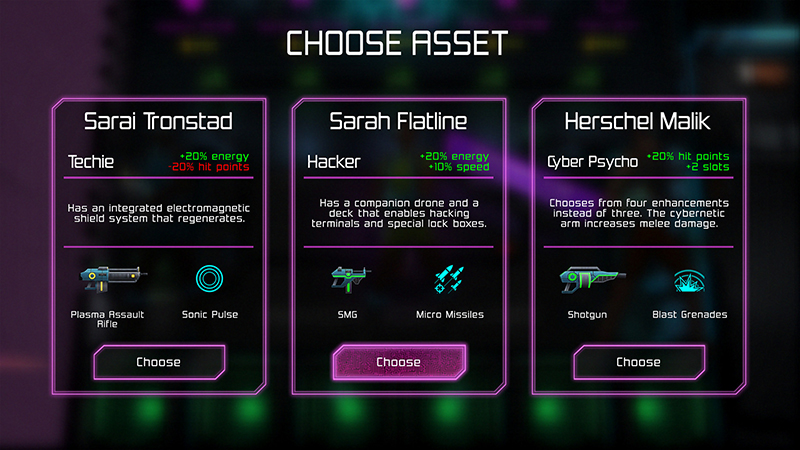 The graphics are awesome and explosive, the music brings tension to the action, and the weapons bring a new challenge to the game. Upgrading your character takes quite a while which makes playing even more rewarding as you evolve into an efficient floor-clearing machine.

That being said the game on iOS does not have co-operative mode which is a shame. Although this game is fun, running around clearing levels would be amazing with your friends.
Maybe they will bring this to the table in a future update.

What a smooth and exciting game. It is very likely that if this is your first twin stick shooter you'll probably die a lot. Instead of frustration the game encourages replayability, leading you to gather a lot of loot to upgrade your character.

I would definitely recommend this game, even though I wouldn't consider myself a fan of cyber punk themed games.

The App Army is Pocket Gamer's very own community of mobile game experts. Each week, we provide them with a bunch of free codes and early access to the hottest upcoming games so they can provide their thoughts in features like this. We also host regular community-driven events with them in mind, like the Mobcrush stream, tournaments, and multiplayer evenings. To join, simply follow this link to the page on Facebook and request access. We'll get you in right away!
Next Up :
The best new mobile game of the week: RPG Overrogue - 14 January 2022