They're coming out of the walls 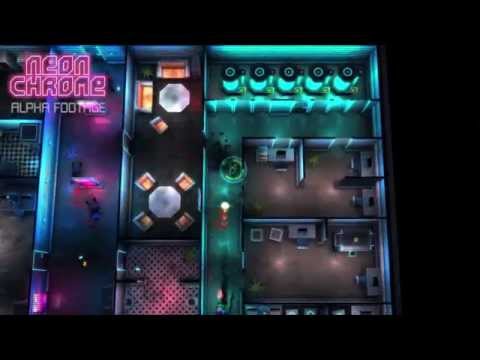 The next game from Crimsonland developer 10tons is a brutal, fast-paced twin stick shooter for four called Neon Chrome. And it's coming to iOS and Android next year.

The game's all about stomping through hallways, and gunning down enemies. You've got an arsenal of different laser weapons, and each has a special power-up shot. One gun fires out bouncy bullets that ricochet around the room.

Everything in the game is destructible - including the walls. That can give you a strategic advantage as you shoot unsuspecting enemies through walls.

But it can also screw you over as giant boss turrets can chew through the scenery to shoot you. One boss, a big mechanical crab monster, wrecked the entire stage until it was basically just a flat arena while in pursuit of my squad. 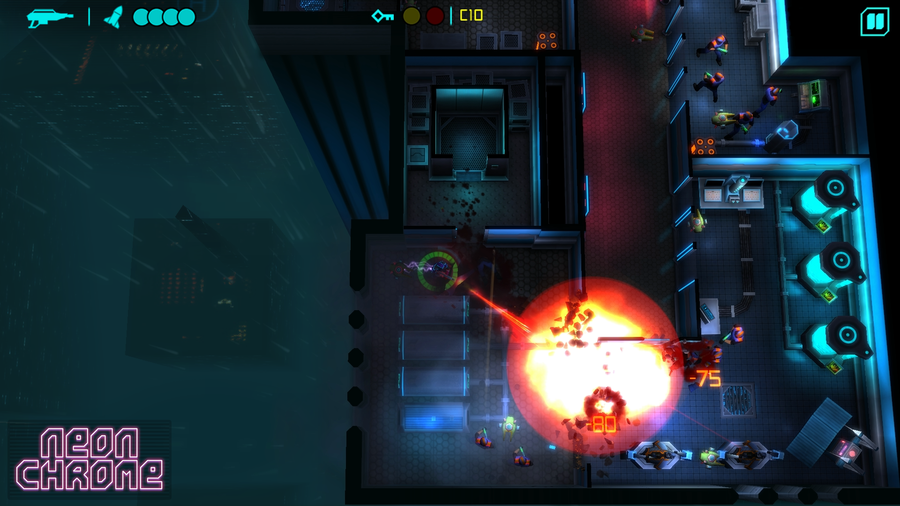 The game has a whiff of Hotline Miami to it - especially with the messy blood splatters - but you can take a few bullets before going down.

When you finally do go down, and get your guts splattered over a space station wall, you'll go back to the beginning of the game. Neon Chrome has a structure inspired by roguelikes, complete with randomly generated levels and permadeath.

So you'll have to play smart, avoid explosive containers (trust me), and shoot straight. Your bullets are often quite limited and reloading is slow - information which cleverly appears at the end of your laser sights for easy access. 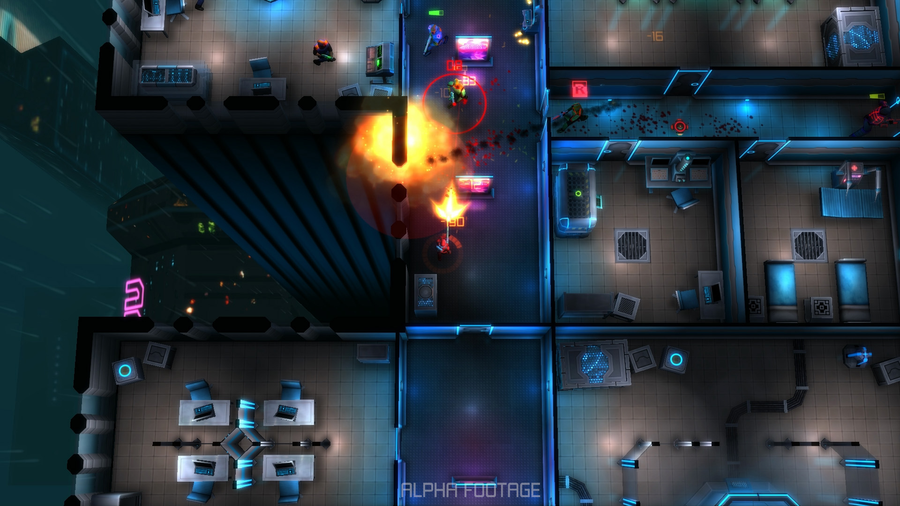 You'll also want to improve your crew - not just with better weapons but also cybernetic augmentations.

Each crew member has a specific ability - like medic or assault - and you'll want to mix and match the for success. If you don't have a hacker, for example, you won't be able to bypass certain doors.

Neon Chrome will launch on PC, PS4, and Xbox One later this year, but at Gamescom, 10tons told Pocket Gamer that it intends to launch a Vita version after that, and a mobile edition once it has cracked the virtual controls.