It's a load of basketballs

The timing of this launch isn't accidental, by the way. October 29th marks the start of the 68th season of the NBA.

Will the Miami Heat keep its crown? Can LeBron James lead his team to another championship? Why did I always get picked last by Tom Hanson at school?

While none of us can predict whether "King James" still has the 'edge', we can at least take his video game counterpart out for a dunk and see how he fares in NBA 2K14. 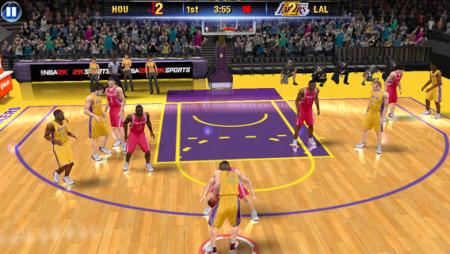 In his review of NBA 2K13, our Matt said: "Unfortunately, the game in its current incarnation simply doesn't merit that much of your time or attention."

He did, however, go on to praise its "staggering number of customisation options" and the ability to "play through a full 82-game season". So, it wasn't all bad.

NBA 2K14 is compatible with iPad 2 and up; iPad mini; the fifth-gen iPod touch; and iPhone 4 and up.