Nauticrawl: 20,000 Atmospheres, the critically acclaimed escape room adventure from Spare Parts Oasis and Armor Games Studios, is finally landing on iOS devices today. The visually stunning puzzle box features roguelite elements and a lot of head-scratching mysteries as players figure out how to reach safety in the control deck of a vehicle.

Set on a hostile alien planet, Nauticrawl: 20,000 Atmospheres tasks players with stealing a mech in order to flee to safety. The story starts innocently enough - players are dropped onto a distant planet where an elite class invites them to find a means to escape while riding a metal vehicle. It’s not exactly a beach vacation, and the vehicle is nowhere near your average car. Players will have to figure out how to operate the foreign machinery for their own survival. 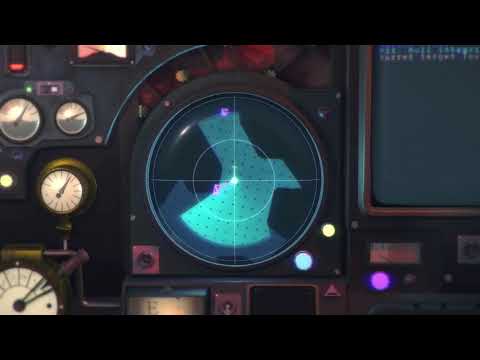 The game promises a riveting sci-fi experience where failure is part of the learning process. The PC version was definitely well-received, and a mobile version seems like a natural progression for the game. The tactile gameplay does feel like it would be well-suited to touchscreens.

"I'm super excited to be releasing Nauticrawl on iOS, it's a journey that lends itself well to bite-sized sessions of trial and error. I sincerely hope mobile gamers will enjoy experimenting with all the tactile controls and gauges scattered around the mysterious cockpit,” says Andrea Interguglielmi of Spare Parts Oasis.

If you’re curious about what this intriguing game is all about, you can download Nauticrawl: 20,000 Atmospheres on the iOS App Store for a price tag of $4.99 / £4.99 / €5.49. You can also have a look at the embedded teaser trailer above to catch a glimpse of the gameplay.

Are you on the hunt for more puzzling games to solve on your phone? Why not have a look at our list of the top 25 best puzzle games for iPhone and iPad (iOS)?