Outfit7 Limited has announced the release of My Talking Angela 2, the much-awaited sequel to the virtual pet sim that lets players care for Talking Angela and customize her life in the big city. Fans of the franchise can expect the same supercharged level of interaction they enjoyed in the original game as they bake, dance, and travel with their virtual feline friend.

The latest addition to the Talking Tom & Friends mobile gaming family lets players rekindle the spark of true friendship as they interact with Angela in so many ways, whether they’re getting all glammed up in Angela’s dressing room or cooking up a storm in the bakery with all the delectable treats at the Sweet Shop. 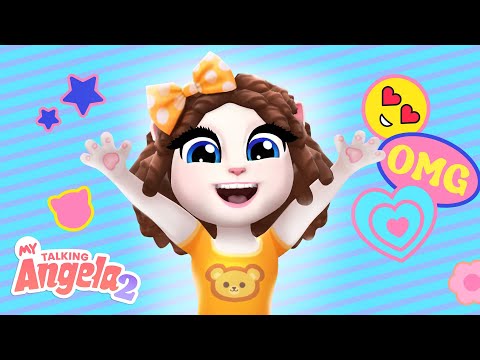 “My Talking Angela 2 is more than just a sequel: it’s a meaningful expansion on our vision for Angela that fans have been asking for. She’s like a best friend you can keep in your pocket,” Jaka Robnik, Director of Product Management at Outfit7, explains. “And with the amount of customization options we’ve included, players of all ages, genders, and backgrounds can truly express themselves and make Angela their own.”

If you just can’t wait to show off those dance moves at the Dance Studio, hone your super-sleuthing skills with the mini-games and puzzles, or simply just give Angela some TLC with cat naps and bubble baths, you will soon be able to pre-register for the game on Android.

UPDATE: pre-registration is now open on Google Play, and pre-registering will be unlock an exclusive special Cutie-Pie Dress

Next Up :
Boom Beach: Frontlines is ending development with servers shutting down in January 2023

A summer of fun with My Talking Angela 2: new game update, music video, and song