PGConnects: My Child Lebensborn is a deep, thoughtful experience

Parenting is difficult at the best of times...

The effects of World War II were far reaching and devastating, and that is still an understatement. The world over, minor repercussions from WWII are still felt, economically, and within the social consciousness. Time heals all wounds, but scars are still left behind. 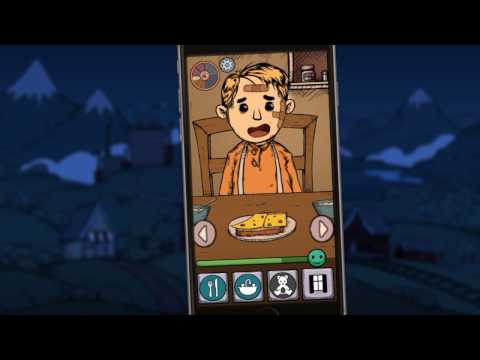 One of the most unfortunate and truly heartbreaking stories are of the Lebensborn. Children who never asked for the troubles they would face in life, and now Sarepta Studio and Teknopilot are telling their story through My Child Lebensborn, telling the story of Klaus, for whom the war may be over, but hardships are just beginning.

Children left behind by German soldiers in Norway and other countries post WWII rarely had the best upbringing. Often mothers gave up their children for adoption; with the fathers sent back to Germany, women who had German children were understandably in an awkward position, but this only made things worse for those children.

My Child Lebensborn follows Klaus, whom is being raised by a single parent and, even ignoring his parental situation and the war, arguably has a very depressing childhood.

Poverty strikes Klaus and his single parent, with the parent struggling to juggle work, finances and keeping Klaus happy. But while there’s a Tamagotchi-like game of caretaking for a digital character, the game is incredibly poignant and even educational.

Set in the 1950s, the developers have strived for accurate time period features and inclusions, and also weave in the story of the real Lebensborn children that were born in Norway in the time period. Life was never easy for these kids, and even Norwegians are often unaware of their tales.

The developers want to teach and educate players about the real plight of these children, while weaving it into an interesting, interactive narrative. To accentuate and keep players engaged there’s a beautiful, layered 2D art style which shifts and moves as Klaus does, making him incredibly expressive and empathetic.

My Child Lebensborn is, honestly, very depressing, but my short time with it made me want to play more and nurture Klaus with my own brand of parenting. It’s fascinating and difficult, not mechanically, but in the decisions you have to make. Definitely a game to watch, especially if you want a heartfelt and authentic tale that might teach you a bit about history.

My Child Lebensborn, the harrowing narrative sim, is now available for Nintendo Switch