Munch Time 2 will see the return of the tongue-swinging chameleon when it's released in 2015. And this time he has an open world to explore.

When Munch Time came out in 2012, it fell in among a bunch of other physics-based platformers with cute animals just like it. That's what let it down in our review - it was passé.

But Munch Time 2 might escape that criticism as it's a metroidvania, and those aren't quite as rampant on mobile as the first game's genre.

In fact, developer Gamistry calls it a "love letter to Donkey Kong Country," so there you go.

Yep, in this upcoming sequel, Munch has a whole island to swing around from flower-to-flower. You'll also be using his colour-changing ability to solve puzzles this time around.

What stands out the most about Munch Time 2 is the sense of it being a fully connected world. 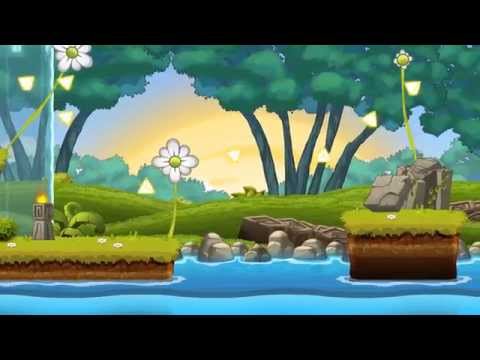 As metroidvanias demand, you'll have to travel back-and-forth gaining new abilities to access new areas. There's even a lite RPG-like levelling system to progress through.

Munch also gets to make new friends as he'll meet a strange tribe of living plants called Leaflets on his travels.

And with friends comes new enemies. Luckily, Munch has a quick tongue, a dash attack, and a body slam to deal with those.

The bosses that Munch has to fight might be a little bit more of a problem.

Munch Time 2 will be coming to iOS and Android in 2015. It'll also make an appearance on PC and consoles.
Next Up :
Charlotte's Table is celebrating Valentine's Day with an update featuring new stories, levels, and rewards