Mr. Particle-Man wants to take you back in time with a mustached pinball

Michael Falk has reversed the Mr. and Ms. trope in games by releasing Ms. Particle-Man [buy] first, and Mr. Particle-Man second. It's the opposite of what happened with the Pac-man series.

Ms. Particle-Man was released back in 2012 and got a little bit of attention. Now, today, Mr. Particle-Man has appeared on the scene.

Both games share the same ideas and designs, being 2D action arcade games in which you clumsily bounce a pinball round a level. You dodge hazards, collect energy, and hope to reach the exit. 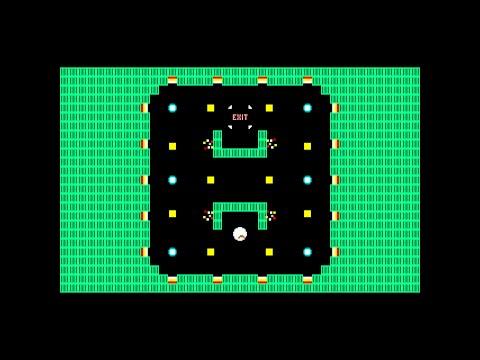 There are differences between the two games. For a start, Mr. Particle-Man's visual are a little more accomplished. The level designs seem a little more interesting, too.

The other big difference, of course, is that one game has a pinball with a ribbon in its hair, while the other has a mustached pinball.