RedLynx, famed for its balancing bike title Trials HD on Xbox 360, will be bringing its platformer-cum-racer MotoHeroz to iOS next Thursday.

Originally a WiiWare title, MotoHeroz is more of a cartoony caper than Trials HD, with you controlling a selection of vehicles as they scoot along stunt tracks viewed from a 2D perspective.

There are hidden treasures to find across the variety of environments, as well as bizarre contraptions to navigate past, like cannons and elevator cage things.

While there is a single-player campaign mode in MotoHeroz on iOS, the emphasis is likely to fall on getting the very best times in each stage, with leaderboards and asynchronous multiplayer (ghosts, essentially) ramping up the competitiveness element.

Given the quality of RedLynx's earlier output, we're definitely going to be keeping a close eye on this one when it launches next week on iPhone and iPad.

In the meantime, have a look at the game in action via the video below. 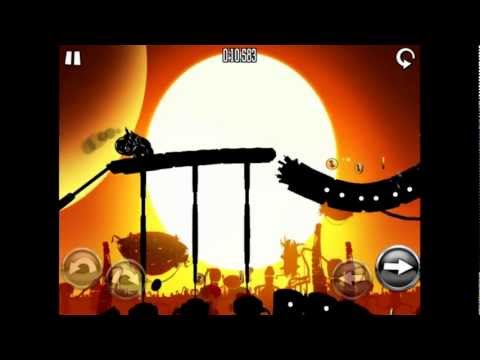