The wait is almost over, friends

I know, you've been waiting on it for a while but Android-users, the time is almost upon us... Next week, Morphite releases on Google Play. 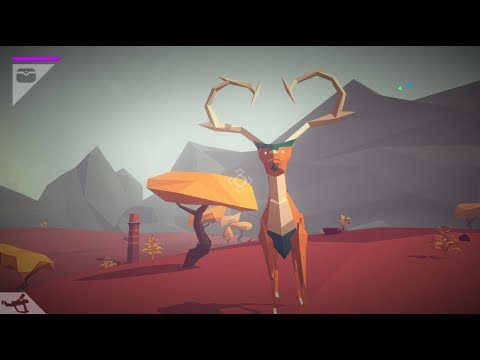 Subscribe to Pocket Gamer on
If you've missed the original hype train, Morphite is a space exploration game which features Myrah Kale as she flits about the galaxy on a seemingly simple mission to gather supplies. Unbeknownst to her, her journey quickly takes a strange turn as she unravels pieces of her forgotten past and unearths a connection to the strange material, Morphite.

Released on iOS just over a month ago, it's been a long road waiting for the game to come to Android, but there's not too much longer to go as revealed by Crescent Moon's Tweet yesterday.
In its iOS review, Reviews Editor Harry gave the game a big thumbs-up with a whopping 9/10 (that's an esteemed Gold Award in our books), saying "Where some of Crescent Moon's other big games have felt almost empty, Morphite is bustling by comparison. There's always something new to scan, or some huge creature to try and shoot to pieces."

Morphite releases on Android next week, likely on Thursday November 23rd, but we'll keep you guys in the loop.